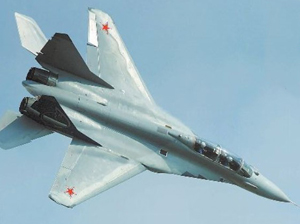 The USSR played a key role in the establishment of India's aerospace industry, and today Russia is one of its top technological partners. Russia is developing new high-tech products for India, and the technological requirements from the Indian side are so advanced that sometimes they are at the limits of Russian industry's capacity. The best example was the development of the Su-30MKI fighter for India.

India obtains licences to manufacture products bought from Russia in its own factories. In recent years, however, there has been a transition in the relationship from "seller and buyer" to the idea of an equal partnership. This can be seen in the creation of joint enterprises to produce military equipment.

The most notable examples of this are the BrahMos enterprise and joint projects to create the MTA medium transport aircraft and a fifth-generation heavy fighter.

The main factor here is not so much the quantity of orders from India (since the last two years, India has been the leading importer of Russian weapons) as their quality. The Russian defence industry has been able to create some of its most advanced technological products. In the field of aerospace, these include the Su-30MKI fighter and the naval version of the MiG-29K (to be based on the aircraft-carrying cruiser Admiral Gorshkov, which is being converted to an aircraft carrier for India).

Developing these products has strengthened the technical capacity of Russia's design sector and has also helped to make the defence industry more competitive by securing new orders for it from third countries. India's traditional requirement to integrate foreign components with Russian platforms has stimulated a build-up of valuable experience in our international teams.

Finally, the success of the BrahMos enterprise, the pilot Russian-Indian project to create new weapons and military equipment, can be seen as the first step towards future joint work on weapons and equipment for generations to come. The organisational solutions developed during the BrahMos project will no doubt also be put to use in the work to create the medium transport aircraft and the fifth-generation fighter.

India is an important partner for Russia, not just in terms of technology and industry but also in the geopolitical and military-political sense. At a time when competition is being stepped up in the Indian market (primarily by the USA, Israel and France), every effort will undoubtedly be made to uphold and strengthen Russia's position.

In Soviet times, India imported or produced under licence about 1,000 MiG aircraft. In due course, the question of modernising them arose. In 1996, a contract was signed to modernise 125 Mig-21bis fighters (and fulfilled), and in 2008, a further contract was signed to modernise 64 MiG-29 fighters, which will continue until 2014. A joint enterprise - Indo-Russian Aviation Limited (IRAL) - was set up in 1994 to service MiGs.

For the USSR, aircraft cooperation with India was all about MiGs, but for Russia, we are now undoubtedly in the time of the Sukhoi. In the post-Soviet period, several major contracts have been signed for delivery of heavy fighters from the Su-27/30 family, as well as the biggest agreement in the history of military equipment cooperation between the two countries, for licensed production of 140 Su-30MKI fighters to the value of $3.3 billion (in 2000). The whole series of 140 planes is expected to be ready by 2014, and by 2010, the HAL corporation will be able to set up production using virtually all Indian component parts.

Our cooperation reached a qualitatively new level in 2007, when agreements were signed on the development of the medium transport aircraft and the main project, the fifth-generation heavy fighter. This means that for decades to come the Indian Air Force will be relying on Russian-sourced equipment for its heavy fighter capability.

The actual role of the USSR and then Russia in the creation and development of India's space programme is small, and by no means reflects the level of cooperation between the two countries in the aerospace industry. The Soviet Union assisted India to implement programmes whose significance was mainly in terms of political prestige. These included launching the first Indian satellite in 1975 and sending the first Indian cosmonaut into space in 1984. The sole exception was Russia's help in creating the GSLV, India's most powerful launch vehicle. The key element in the whole programme was the supply of Russian KVD-1 cryogenic engines in the 1990s. For its other projects, India used Western technologies and during these years had some considerable success, joining the club of space powers.

Today, Russian-Indian space cooperation is mainly a matter of working together within the framework of the GLONASS global navigation system project. The intergovernmental agreement on this, signed in 2004, provides for the joint creation of a new generation of navigational satellites and consumer navigation equipment, and also for some of the satellites to be carried into orbit by Indian launch vehicles. It is worth noting that this was the first time Russia had made such a concession - until then, foreign launch vehicles had never been used for Russian (or Soviet) satellites.

Russia has a lot to offer in the aerospace industry. One of the main programmes in the coming years will be to develop the AL-55I engine for the Indian HJT-36 training aircraft and to organise licensed production. In terms of technical complexity and longer-term commercial potential, this project is reminiscent of the landmark Su-30MKI. Deliveries of the Su-30MKI fighter continue (India is experiencing difficulties with licensed production of these), and they're about to start delivering naval MiG-29Ks and modernising the old MiG-29s.

Regarding long-term projects, the most significant is preparing for the Indian tender for a new light fighter, for which Russia is proposing the MiG-35.

Also, following the signing of a contract to supply 80 Mi-17 helicopters, we can expect to see an agreement concluded on the modernisation of the whole fleet of Indian helicopters from the Mi-8/17 family. Talks on this have been underway for several years.

Finally, it was reported in 2008 that India is to lease a Russian Project-971 nuclear-powered submarine. We can expect to see India leasing other strategic weapons systems. These include Tu-22M3 maritime missile-carrying planes: talks on the possibility of supplying these were underway as far back as 2004.

When it comes to space cooperation, the future prospects are not quite so clearly defined. If India decides to build even more powerful launch vehicles or for political reasons wants to pursue a manned programme (for example, to catch up with China, which has already independently put one of its cosmonauts into space), there will definitely be cooperation between Russia and India.