Russia-USA: next round for nuke debates 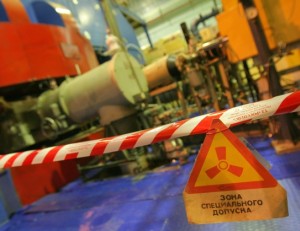 As the initiative remains far from a full-fledged proposal, and is unlikely to become one for several months, it is too early to draw conclusions about its strengths and weaknesses. However, the U.S. Administration's intentions are clearly serious enough to be regarded as a starting point for a comprehensive dialogue on the global nuclear future. Russia has long advocated the necessity of holding such a dialogue to reach clear-cut agreements on the entire range of non-proliferation and disarmament issues. These agreements have traditionally been seen as an imperative for both "nuclear club" members and non-members, and are increasingly urgent today, as the danger of nuclear weapons falling into the hands of terrorists is exceedingly real.

Besides the major international agreements, such as the Nuclear Non-Proliferation Treaty (NPT) and the Comprehensive Nuclear-Test-Ban Treaty (CTBT), treaties on the prohibition of chemical and biological weapons presume the need for universal-acceptance and unconditional implementation.

Although still in the early stages, analysis of the new initiative identifies some key points for the future dialogue between the U.S. and Russia, notably:

- the intention of the U.S. to develop the nuclear weapon reduction initiative in cooperation with Russia;
- the necessity to time the discussion of the initiative with the nuclear arms reduction talks, while preparing a new START treaty for signature (START I expires on December 5, 2009);
- the necessity to maximize the effectiveness of the NPT and the CTBT;
- the desire of the U.S. to step up nuclear negotiations.

While work on these issues, as well as Russia's response to the U.S. initiative, is already in progress, some of the above plans, such as reaching speedy agreements, look unrealistic. First, a rapid agreement on the key elements of the proposal cannot be reached until a plethora of details, and in particular legal obligations of all the parties involved, is reconciled. Second, the White House initiatives might be rejected by Congress in its ratification process.

Additionally, some controversial aspects of U.S.-Russian relations cannot be overlooked. The number of unresolved issues accumulated during the past years will prevent a rapid trade-off over the agreement, which represents one of the cornerstones of the 21st century global security system. For instance, Russia has had no response from its U.S. partners on a range of its own initiatives, including ratification of the CTBT, speedier progress in multilateral negotiations and non-militarization of outer space.

The silence of the U.S. Administration, as well as the lack of agreement on the U.S. plans to deploy a missile shield in Eastern Europe, prompt Moscow to take a cautious if not somewhat skeptical approach toward the American strategic initiatives. Still, there is no doubt that Russia is ready for an open and direct dialogue.

However, time is running out. The Non-Proliferation Treaty Review Conference scheduled for 2010 will, most likely, focus on ensuring the global nuclear energy balance and containing nuclear weapons development programs. By this time, Obama's initiative must be formulated in clear and unequivocal terms, and approved by all the "nuclear club" members.

It is no secret that the differences between Russia and the U.S. on a number of issues not only give rise to a reasonable apprehension of potential nuclear threats, but also put into question "peaceful" nuclear energy programs development. Such issues of concern are the nuclear programs launched by Iran, North Korea and especially Pakistan. Pakistan's nuclear potential will most likely be the top priority, both regionally and globally. This problem results, above all, from the instability of the country's government and its ill-conceived decisions, like the recent decision to free A.Q. Khan, "father" of the Pakistani nuclear program and initiator of the illegal nuclear proliferation network. It is absolutely clear that this problem cannot be resolved without active involvement of India and China, Pakistan's nearest neighbors.

In other words, if Russia and the U.S. manage to reach an agreement on this initiative this year, the forthcoming forum will be a "moment of truth" for most countries, encouraging a more realistic approach to both nuclear programs of various countries and the nuclear future of the world in general.