London calling: we are on your side 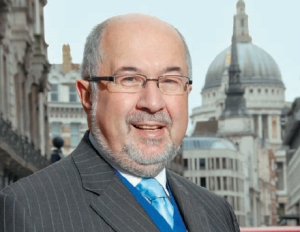 Olga Dmitrieva of Russia Now talks to Ian Luder, Lord Mayor of the City of London. The main function of the Lord Mayor, who holds the post for one year, is to represent and promote the business and the people of the City.

Lord Mayor, your time in office coincides with the downturn in the City's fortunes. How strong was the blow dealt by the global financial crisis on the City of London? Can it compromise its position as the world leading financial centre?
I want to emphasise that this is probably the first ever global financial crisis. We have seen lots of domestic crises over the century in the UK, in Russia, in the USA. This crisis started in the United States, but the fact that everyone in the world is or will be affected by it demonstrates how life has changed, and that we are living in a communicating and interdependent world.
I don't believe the position of the City of London is damaged - the position of the City of London has changed. I think the world has changed. As we come out of recession, probably some time in 2010, the world will be different to what it was in 2008. And I think we have to also look at the fact that the long-term changes in the global economy were happening before 2008 and will continue to happen. That is the eastward movement of the world's centre of gravity, the strengthening of the BRIC countries - Brazil, Russia, India, China - and also the growth of other economies, such as Korea, Vietnam, Malaysia, Singapore and the Gulf.

How welcome is Russian business in Britain? How do you perceive the acquisition of the Evening Standard newspaper by Alexander Lebedev?
In the City, we judge people by their actions rather than by their nationality.
Do I have sleepless nights because the water in my taps is German water? And the electricity in my cables is French? No, of course not.
Of course we have regulations and controls, but control is not by reference to ownership.
The rules for domestic and the foreign owners are the same. The London Evening Standard would not, of course, be the first part of the UK media which was not owned domestically. The Times has been owned by the Murdoch group for a generation.
What is really essential is that we don't have an over-concentration of ownership of our press and that the press has complete freedom of editorial control.
That is why we do have particular controls over ownership of the press, in that the Secretary of State for Trade has to agree to the sale.
It should be established that the potential owner has no other interests in the UK media, that he is a fit and proper person and that the arrangements for editorial independence are fine.
If Mr Lebedev tried to buy 10 other national newspapers, we obviously don't want him to. But that would be on the grounds, not that he was foreign, but on the grounds of over-concentration. It's so important that we have a number of different groups in the media.

Britain still remains the second largest investor in the Russian economy. What is particularly attractive in Russia for a British investor?
Russia is a country of dynamism, it's a country of change and significant opportunities. There are only three countries in the world where the Lord Mayor leads a delegation every year. These are Russia, India and China.
The frequency of visits is driven by the desire of UK businesses to join the delegation. If there was no interest from the business community, the frequency of the visits would decline.
When Russian finance minister Aleksey Kudrin addressed the Guildhall during the Financial Services Roadshow on February 4, a huge audience of business people came to listen and to participate in the discussion. These busy people do not easily leave their offices to attend events, unless they are sure there are real prospects.
I would say we are critical friends of Russia. A critical friend is someone who is actually on your side, who wants you to succeed, and tries to make positive suggestions. I'd like to feel Russia is on our side as well and wants us to succeed.
I am very conscious that no country has a monopoly of wisdom. I believe we have to learn from each other. It's not the easiest time in the world, but we will get through this.
Provided that Britain and other countries hold firm to preserve open markets and fight off attempts at protectionism, we will come through the crisis more quickly than did America in the 1930s.

Being famously expensive for its office accommodation, Moscow is now facing a significant decline in the price of rental market. The recently erected state-of-the-art buildings in the capital business centre face the threat of staying empty while in desperate need for tenants. On the other hand, the office renting market in the major Russian cities is getting much cheaper. Can the low prices attract the overseas investors to Russia?
The price of accommodation is only one of the factors which determines the success or otherwise a location. Office accommodation in city centres has a cyclical feature to it. We've seen that in London in the past.
That is because it is often very difficult to keep the supply of new office accommodation precisely in tune with the business cycle.
In London today, the price of accommodation is cheaper than it was a year ago - you can get a better deal now, and the same applies to Moscow.
I would advise the mayor of Moscow not to worry too much about the price of office accommodation, or if some space is empty for a while. Space is only one of the features that makes a city attractive as a financial centre. Really the most important thing is human capital - the education, the training of the people who are going to work in the location.
I am sure the city of Moscow has all the potential to grow. But the important thing for Russia is not just a supply of good accommodation. What you've got is excellent. Rather, it is what I call "the climate". It's the ability to attract the proper labour force and to keep it here.
Other factors matter too.
In the course of my visit to Russia in September I am looking forward to learning more about the significant steps that the government has taken to deal with money laundering and corruption. Because would-be investors looking to settle in Moscow want to have the confidence that it is a safe environment.
Safe both in terms of safety for their staff and the safety of people they are going to deal with in Russia - their integrity and honesty.
The application of the rule of law and validity of contracts should also be an absolute priority.