Sergei Ignatyev: the cool hand that saved us 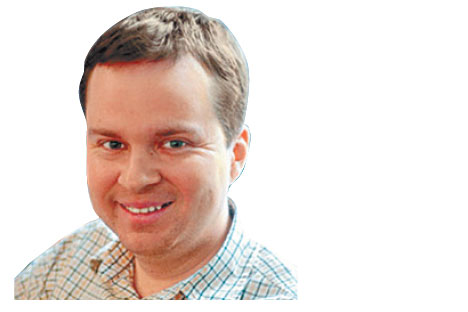 I answered that the devaluation is the natural result of the new realities of the world economy and the lower price of oil. We're in a global recession and the prices of commodities, Russia's big exports, have nose-dived. That, along with the machinations of currency speculators who are betting on its decline, is causing the rouble to lose value. Then I quickly launched into a critique of the Central Bank's approach of step-by-step devaluation, which has cost the country $100bn in reserves, raising the total reserve loss since the beginning of the crisis to $210bn. What is needed, I and other economists insisted, is for the Central Bank to step aside and allow a dramatic one-off devaluation of, perhaps, an additional 20pc which, by the time the Central Bank began its policy of gradually letting the rouble slide, had already lost 15pc versus the dollar on the back of the euro's tumble.

Almost two weeks ago, Central Bank chief Sergei Ignatyev called an end to the gradual devaluation policy. He set the bank's basket band at 26 to 41, which then represented an additional depreciation allowance of 10pc. It meant that the bank was "drawing a line in the snow", committing to not allowing the rouble-dollar exchange rate to fall below 36.20 at the then-prevailing euro-dollar rate. Ignatyev argued that the current exchange rate balances the country's current account.

Although that is basically true, remember that Russian companies have significant foreign debts coming due this year, and they will clearly not be refinanced across the board. The $130bn net capital outflow from Russia over the fourth quarter of 2008 stands in marked contrast with the $83bn inflow recorded in 2007. The rouble's 11pc devaluation against the dollar in the fourth quarter did not stop speculative capital outflows from Russia, but it did reduce import growth. We expect further devaluation to have the same effect in 2009. Therefore, the Central Bank will still have to sell reserves to cover foreign exchange purchases by corporations repaying their external debt.

As we look ahead, the financial system looks like it will remain short roubles for now, and I expect it to push the new upper limit of the Central Bank's band in a matter of days. Thereafter, the Central Bank will be forced to conduct moderate-sized interventions, as the capacity for banks and investors to short more roubles remains limited. There is also likely to be some additional short covering, as the Central Bank will likely continue to take occasional punitive action and - with no obvious immediate upside - holding short positions will be too risky and too expensive for some investors.

This situation, I believe, can be sustained for two or three months, assuming that there isn't a significant dip in the oil price. We can say with confidence that the oil price in the medium term will return to roughly $70 a barrel. The problem is that it is much harder to predict with any certainty what the oil price will do in the short term. If it dipped close to $30, the Central Bank would be forced to abandon its defence of the rouble. We expect oil to recover, and the exchange rate to recover along with it - to 29 roubles to the dollar by the year end. If, however, the oil price recovery takes longer than expected or, worse, if it declines further, a free float of the rouble will become hard to postpone. At present, Ignatyev is targeting a float of the rouble in 2011, which seems far off.

Some effects of the devaluation are still to be felt, particularly for Russian industry and businesses. But it is clear that the benefits to industry will not be nearly as large as what we saw following the 1998 devaluation. Russian industry is much closer to running at full capacity today than it was a decade ago, thus precluding any big pickup in production.

Today many economists are eating their words, admitting that the gradual devaluation policy has largely been vindicated. Yes, it has been costly in terms of reserves, but it looks to have succeeded in insulating the population from the kind of economic shock they have experienced more than once in Russia. The fact that people have not been changing out of roubles aggressively is proof that it has worked.

Gradual devaluation has also given people, banks and corporations time to prepare for new economic realities. Most of reserves spent went into the pockets of ordinary Russians or dollar accounts of those better off. They also went to Russian corporate treasuries and banks. Only a small share left the country in the hands of Western speculators. This is the first crisis in Russia that hasn't been accompanied by a run on banks, a collapse of the banking system or the bankruptcy of large corporations.

True, we still haven't reached the bottom of the crisis, but barring a prolonged and deep recession that keeps commodity prices low, it looks as if Ignatyev's cool hand may succeed.