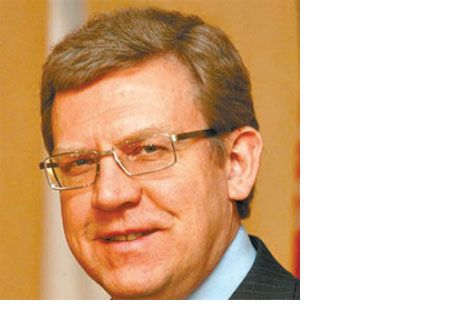 Russia's deputy premier and finance minister Aleksey Kudrin has been in London for a Russo-British financial forum at the Guildhall. While he was there, he spoke about how the current crisis is affecting the Russian market.

Inflation
For the time being we're keeping to our forecast of 13pc inflation. The second half-year is expected to be more successful. Over the next 18 months we're expecting to see a rise in inflation due to devaluation, but then once we get through this period and get the monetary factor under control, we'll achieve a reduction in inflation.

External loans
Russia has not yet taken a decision to borrow on foreign markets and the country's budget deficit can be covered from our own reserves. We were prepared for low demand for Russian exports. Our budget is now therefore essentially protected. Over the next two to three years of this crisis it will be difficult, but we'll comfortably be able to meet our basic obligations in the social sphere.

Economic growth
Last year's results were very favourable for Russia. The economic growth rate was 6pc.This year, of course, we're expecting this rate to drop - to approximately 0pc. We have varying scenarios, some more optimistic, some more pessimistic, because the forecasts are still uncertain, including those for the world economy.

The state and business
I often hear today that the market hasn't coped, that the model is changing, but this is a platitude. All we need to do is learn how to regulate the market. On the brink of crisis in 1929, the US economy was growing in the same way Russia's has.
People there were saying that the market hadn't coped, that capitalism hadn't coped, and yet after that the USA managed to create one of the freest market systems. We all need to work out where the state's share should be smaller and where it should be greater.

The Fitch agency's rating for Russia
There won't be any surprises. We don't expect any consequences from the rating reduction.

State support for banks
Supporting the banking system remains a priority for Rus-sia.We're preparing a package of aid to the banks, but on condition that the money goes into the real economy.

Rescuing the rouble
We've already been flexible in our reaction. We've allowed the rouble to lose 40pc of its value.
For the foreseeable future we're not intending to bring in restrictions on currency operations.

Shortcomings in the Russian economy
The economy's high degree of dependence on oil. Lack of competition. The state's high share in the economy. Insufficient flexibility in financial institutions. All this is a big challenge for us.We've got some serious work to do.