Pavlyuchenko, Arshavin, Hiddink: who's next? 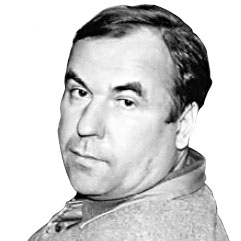 By letting Guus Hiddink manage both the Russian national team and Chelsea, the Russian Football Union has taken a step back to the days when one and the same person would manage two clubs in the USSR and Russia. This is Soviet-Russian know-how.

You won't find a similar situation in any other serious footballing country.

As far as his work directly with the Russian team is concerned, Hiddink is undoubtedly i privileged position. He's very rarely in Russia. While Fabio Capello, the England manager, constantly attends matches in the English Premier League, last year Hiddink went to matches in the Russian Championship only occasionally. When he moves to London he'll stop going to these matches completely. People are saying that it's enough that Hiddink's assistants, Alexander Borodyuk and Igor Korneyev, will attend matches. But in that case, why not hand the reins to them and give them complete control of the team? In the last four months, for example, Hiddink has given the Russian team just five days - for a training session in Turkey, during which the Dutchman got an offer from Chelsea. It has to be said that Chelsea change their managers the way other people change their socks. This shows the weakness of a club management that's incapable of picking the kind of specialist that's needed for such a major club. Since Roman Abramovich acquired Chelsea in 2003, the London club has had four managers, and the total compensation paid out is believed to be no less than £30m.

There's nothing unusual in the Russian Football Union's decision to allow Hiddink to combine the jobs. However, it wasn't the organisation that made the decision, but its head, Vitaliy Mutko, after talking to Abramovich. As we know, Abramovich is paying part of Hiddink's salary out of his funding of the Russian National Football Academy, and is thus the Dutchman's boss twice over.

But there are a few circumstances in this whole story that seem strange.

First, it has emerged that Hiddink' contract with the Russian Football Union does not prevent the manager working with any Russian or foreign club. This clause had not previously been disclosed. This is grounds to suppose that despite the statements by both sides - Hiddink and Chelsea - to the effect that the Dutchman would only be working in London up to the end of the English season in May, they have not ruled out the possibility of him continuing to work with the London club in the future.

Second, you can read this on the Russian Football Union's official website: "Hiddink's priority will continue to be his work with the Russian national team." It does not make clear, however, how this can be achieved. The fact is that once Hiddink has signed a contract with Chelsea, he'll be working at the club seven days a week. The club has to play in the English league and in the Champions League. Sometimes it will have to play two matches a week. Hiddink will only be with the Russian national team for a brief period in the second half of February, in March, April and in the first half of May, for Russia's games with Azerbaijan at the end of March and with Liechtenstein at the beginning of April. What kind of priority is that? It seems that this decision allowing Hiddink to hold two jobs has to some extent pushed the Russian team into the position that some national teams in Asia and Africa find themselves in, with European managers who work a "shift" system, turning up for five or six days and then going straight home.