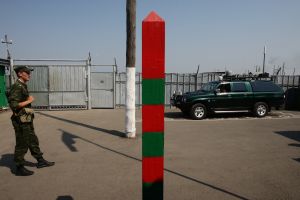 The agreement will allow Russians and Venezuelans to visit each others' countries for up to 90 days without having to apply for visas.

"This greatly eases interaction between the countries and mutual travel of citizens, including businessmen... It simplifies the establishment of contacts as well as humanitarian, student and tourist exchanges," said Sergei Akopov, a deputy director of the Russian Foreign Ministry's Latin American department.

The deal was signed on November 26, 2008 in Caracas during Russian President Dmitry Medvedev's official visit to the South American country.

The official said tourist turnover between the two countries was "not strong", but that the agreement could significantly increase the number of Russians visiting Venezuela.

Similar agreements are also expected to be signed with Brazil and Argentina.

The Colombian Foreign Ministry announced on Wednesday it was planning to unilaterally introduce a visa-free agreement for Russia, which would enter into force within 30 days.