The dangers of inflated expectations 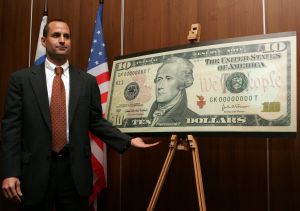 Courtesy of US Vice President Joe Biden, the key notion in Russian-American relations is now "reset". Sounds fine and modern; but what does it mean when taken literally?

Resetting means putting new software onto old hardware. If applied to Russia and the US, it could mean taking a new approach in rethinking old priorities, with a view toward finding common ground, and putting that into the established relationship between the two countries. Consequently, progress is possible because the agendas in the spring of 2009 are very different from those of just six months ago.

Reset involves changing the operational environment. The new environment is the global economic recession. Although Russia's and America's problems are hard to compare, they share one common circumstance: the economic downturn makes both Moscow and Washington rein in their ambitions and set their priorities carefully.

The Obama Administration has to clear the huge logjams left by its predecessor. To do so, the primary challenges must be dealt with first, and the less complicated problems cleared as quickly as possible. Russia is not Washington's priority; so it is of little current interest to the US. However, Moscow's assistance (or at least lack of opposition) is important in solving several pressing issues: Iran, Afghanistan and arms control. Russia should play a positive role in improving the overall atmosphere, and some moves are being taken in that direction.

Progress is possible because the two main irritants - NATO expansion into Ukraine and Georgia and the US deployment of a missile defence shield in Poland and the Czech Republic are not as important to Mr Obama as they were to Mr Bush. The new team has an opportunity to put both projects on hold, while trying to exact the highest possible price from Moscow for this goodwill gesture.

Simultaneously, Russia's claims as a global power are weakened as windfall oil profits shrink. Priorities are increasingly focused on Europe and Eurasia. The improvement of the political climate is meant, among other things, to help attract investments, which by all indications will soon be sorely needed.

Nuclear disarmament talks are an area where an agreement is quite possible. The US and Russia have massive experience at dialogue: they are adept at conducting it and they enjoy the process. This topic is particularly important for Moscow, because nuclear matters are the only sphere where Russia and the US are still equals. That is an important psychological factor, especially as Mr Bush simply refused to discuss the topic.

True, there is a danger of expecting too much from the nuclear negotiations. An attempt to do everything in one fell swoop and in the shortest time (the START-1 Treaty expires in December) may turn out to be counterproductive. Perhaps it would make more sense to move forward in small steps, rather than try to negotiate a new long-term accord all at once.

Washington's two other priorities are more problematic.
Barack Obama's decision to declare Afghanistan as the "main front" may turn out to be a fatal error. Not only is victory impossible to achieve, but it is difficult to define what victory in Afghanistan actually means.

When the Afghanistan operation was launched seven-and-a-half years ago, its aim was clear: to avenge 9/11 and destroy al-Qaeda's military infrastructure. But then the White House became obsessed with Iraq, putting Afghanistan on the back burner for a long period. Mr Obama made a call to resume the "real" battle against terrorism. Perhaps it was a tactical move, as strong grounds must be presented to withdraw troops from Iraq. Be that as it may, promises will have to be kept.

The main problem is that the end goal of the Afghan operation is unclear. Nobody is talking anymore about taking control of the country or building democracy. The realistic objective, which will have to be formulated at a certain point, is the same as in Iraq: to make withdrawal possible without loss of face. However, while in Iraq there is at least some hope that a viable political structure can be put in place, in Afghanistan this remains a remote prospect. Indeed, with the turmoil next door in Pakistan, it is a "mission impossible".

This leaves Russia with a strange role. Moscow should encourage the NATO and US presence in Afghanistan, because the Taliban's return to power promises no good. By the same token, Russia has to think about how to behave after the inevitable withdrawal of the coalition forces, especially in the face of the volatile situation in Central Asia.
To this extent, Russia's priorities begin where America's end.

Iran is a still more complicated task. Theoretically, one can imagine an agreement that would lead Moscow to toughen its stand at the UN Security Council forcing Washington to make some concessions. But this is unlikely to happen.

The question is what to do if, as is more likely, the sanctions do not work and Teheran continues to edge closer to becoming a nuclear power. The US would be confronted with a difficult dilemma, either to resign itself to a nuclear Iran, which would be a serious political setback for Washington, or to use force, something Messrs Bush and Cheney could not bring themselves to do. No one has any other leverage with Iran - and Russia is no exception.

Meanwhile, no compromises are in the cards in the post-Soviet space: the agendas there remain firmly set. Russia will not give up its claims to special rights there, and America will not recognise those rights. The most to be hoped for is that the two sides will be less inclined to go whole hog in pursuit of their goals in those regions.

4It is important to make sure that the "reset" does not become counterproductive. With a computer, the reset button is pushed when the computer freezes. Arguably, the state of Russian-American relations towards the end of the Bush Era fit that description: the screen displayed a picture everyone was fed up with and not a single key on the keyboard responded.

The only way out is to press "Reset". The annoying picture disappears; the computer shuts down, and then comes to life again. Has anything changed? Not likely, as the software remains the same. So, wait until the next time the computer freezes, and repeat.

If that is what is meant by "reset", it will only bring more frustration - and very soon.