A Russia without oligarchs 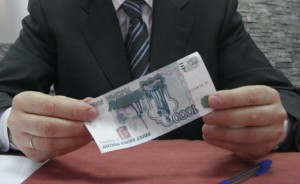 As a result of the government's anti-crisis measures, its ownership in leading companies will certainly increase. But even if you go back several years before the crisis, it is clear that the government's nationalization measures have not made the economy more efficient.

To be fair, the private sector was no better, particularly if you look at large enterprises. It is too early to draw any conclusions, but it is already evident that a few of the largest Russian financial and industrial conglomerates have added much value to the economy over the last decade.

Moreover, thanks to cheap foreign credit and government support, a few large conglomerates are drowning in the huge debt they amassed. Nonetheless, with the help of their political influence, they are now seeking huge bailout assistance from the state.

Once the crisis calms down, one of the most important questions will be how the state can conduct privatization so that private ownership gives the right motivation to managers while at the same time ensuring the end of the oligarch system in which the top businessmen have too much political influence.

The main problem in an oligarchic system is that a thin layer of top industrialists are able to seize their companies' profits due to the weak protection of property rights and ineffective and corrupt law enforcement agencies. They accumulate a controlling stake in the enterprises and gradually force out minority shareholders. The losses caused by ineffective and nontransparent corporate management will disappear only when a broad layer of mid-level and top managers are able to gain a majority of shares in the companies.

There is no easy solution to this problem, but I can offer an idea that might help. Russia's top businessmen should be allowed to own single enterprises, but there should be strict controls to prevent them from building the oligarchic business empires that have defined Russian big business for so many years. It is no simple task for politicians with limited power to keep today's oligarchs in check, but if successful, this approach would eliminate the types of conflicts of political and business interests that exist in all oligarchies.

At the same time, each individual business titan who owns a major enterprise — even if he is a multibillionaire — would be weak and insignificant in comparison to the government as a whole. This would clearly be better than having a few ruling oligarchs who understood that the most profitable investment was in politics. Once they were able to influence government policies, they set the country on a completely reckless, ineffective economic course.

There is another measure that is crucial to prevent the emergence of oligarchic business empires: Oligarchs should no longer be able to control banks. At the same time, the government should help ensure that corporate lending comes from several major banks. In this kind of economy, Russian banks would play a role similar to that of banks in Germany, where the government, not individuals, holds controlling stakes in the banks. Over time, those banks would have a stabilizing influence on the economy. Because numerous businesses borrow from them, they would be less vulnerable to the demands of any single borrower. Sberbank is a good example of how a leading government-controlled bank can play a positive role in the economy.

Konstantin Sonin, a professor at the New Economic School/CEFIR, is a columnist for Vedomosti.