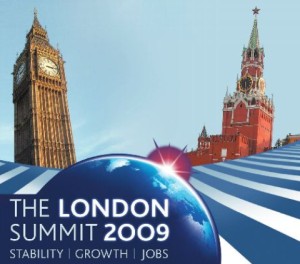 Andrey Bokarev, a senior government official and deputy financial sherpa for the Russian delegation, gave an exclusive interview to outline proposed initiatives for the upcoming G20 summit in London, starting on April 2.

Briefly, the Russian proposals include a co-ordinated macroeconomic policy, delineated support to national economies, immediate reforms of the regulatory system and international financial institutions, defining global standards and discussion of possible changes in the monetary system.

First, the Russian Finance Ministry believes G20 nations should agree on co-ordinated macroeconomic and fiscal policies. This should be similar to the Maastricht Treaty, signed in the Netherlands in 1992 to create the European Union. Under the Treaty, EU member states' macroeconomic indicators must be in line with certain criteria; for example, public debt may not exceed 60 pc of GDP and the annual inflation rate may not be higher than the average inflation rate in the three EU countries with the minimum inflation rate plus 1.5 pc.

"In our opinion, the agreements (both Maastricht and Russia's G20 proposals) are required to provide the basis for countries to stick to agreed benchmarks - for example, fiscal deficit, public debt and inflation," said Bokarev, Russia's deputy financial sherpa at the G8.

The next major step would be determining a body to monitor each country's compliance with the above treaties. The Russian government suggests this function should be assumed by either the International Monetary Fund (IMF) or a new institution.

The G20 leaders could discuss various proposals concerning supervisory function, for example, imposing sanctions on countries which do not comply with the adopted benchmarks. It is all the more important to determine the function of this mechanism given that it has not proved completely efficient in the European Union: there were some precedents of member states breaking the limit of the approved fiscal deficit or inflation rate, and although the "offenders" were given a notice, no actions were actually taken.

Where support ends and protectionism begins

In the context of the global financial downturn, the second most sensitive and significant issue raised by the Russian delegation is supporting national economies. Nowadays, you can hardly find a country that has not launched a stimulus programme to support domestic producers, banking and financial systems.

Andrey Bokarev points out Russia has been implementing its own recovery plan acknowledging the urgency of the situation, yet the Russian party is concerned excessive protectionism could lead to a considerable bias.

It would therefore be advisable to adjust such "support" to the size of a given economy. The crisis is not going to last forever; when the economy is back to normal, such measures could pose a major threat to national economic and financial stability. It seems to be particularly relevant to the public debt, inflation and fiscal deficit among other factors.

The crisis has only proved market regulatory reforms and new international reporting standards should be high on the agenda.

Russia advocates improving such standards. That is not to say it is a brand new proposal, points out Bokarev. Such ideas have been under consideration for a while: the last initiative was proposed by the Italian delegation within the framework of the financial G7 in Rome last February, and has already been considered by international organisations.

The idea behind this Global Standard is to bring together all principal rules and regulations, primarily concerning disclosures, governing different organisations at the national level.

According to Bokarev, current national laws in all countries provide a regulatory framework for financial markets. This national way of regulation is often incompatible with the international nature of instruments and products traded on the global market.

Moreover, he says new approaches regarding functioning of regulators should be developed. It is not unusual for different international regulatory institutions to use methods based on totally opposing principles.

Russia suggests putting disclosures of business activities, instruments and possible risks on the agenda. Data should be made available to professional and ordinary investors alike. The former should be well aware of corporate structures and management reputations.

Naturally, summit participants will address the issue of reforming the monetary and financial system in terms of extending the list of currencies, i.e. launching new reserve and regional currencies.

Russia has repeatedly supported the idea of extending the list of currencies which could be used for international payments, says Bokarev. This question will definitely be discussed in detail with G20 colleagues, IMF experts and other international financial organisations.

Finally, Russia is going to raise the question of IMF reform. Changes in the IMF quota system introduced a year ago have hardly yielded meaningful results, says Bokarev. As before, US and EU representatives are able to pass any Fund resolution. Although some emerging markets have received their share after redistribution of quotas, it appears so irrelevant that they have no opportunity to exert any influence on Fund decisions.

Bokarev is convinced IMF reform "should be furthered through shifting more weight to developing countries".

Furthermore, the Fund has found itself in deep waters due to the global financial downturn. It is simply too short of money to bail out all victims of the crisis - some nations even contemplate bailing out the IMF. In particular, Japan has pledged $100 bn as immediate relief for countries suffering from the crisis.

"As far as Russia is concerned, any IMF help requests will be given due consideration," assures Bokarev. Until now Russia has been lending financial support to its neighbours, in addition to the aid the country already provides the poorest countries under the World Bank, G8 programmes and other initiatives.

Andrey Bokarev is Deputy Director for the International Financial Relations, Public Debt and Public Financial Assets Department at the Russian Ministry of Finance.