Space research remains a priority for years to come 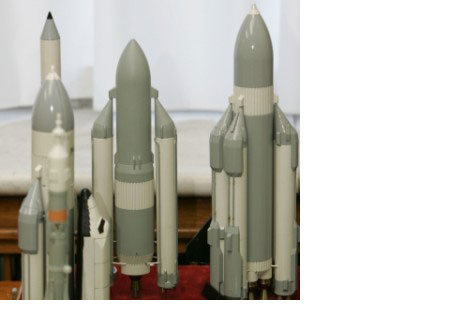 This spring, Russia and India will commemorate two milestones in cosmonautical history. The first occurred 25 years ago, in April 1984, when the first Indian astronaut, Rakesh Sharma, went into space aboard the Russian spaceship Soyuz-T11. The second is Yuri Gagarin's birthday. Gagarin was the first man in space and would have been 75 on 9 March 2009.

Yuri Gagarin, who died tragically while on a training jet flight on 27 March 1968, was born in 1934 into a peasant family in a village in Russia's Smolensk Region. On 12 April 1961, his Vostok spaceship was launched from the Baikonur space site to accomplish the first manned space flight in history. It lasted just 1 hour and 48 minutes. The spaceship circled the Earth once and landed in the Saratov Region. Gagarin bailed out at the altitude of several kilometers and landed by parachute not far from the spacecraft.

Gagarin's birthday was honoured by a Moscow-Delhi video conference on the topic "Russian-Indian space co-operation: from the past to the future".

During the conference the head of research at the RAS Astronomy Institute, Alexander Boyarchuk, announced the near-term plans of bilateral cooperation, which include the launching of a radio telescope with a 10-meter antenna and Indian radiation receivers.

The launching of an ultraviolet telescope may be the next step, according to Mr Boyarchuk. India, he added, has evinced a keen interest in the project.

The first Russian research satellite CORONAS-PHOTON, intended for solar studies, was launched in late January. "The satellite has an Indian instrument that covers a wide energy range. It is starting its work, all the instruments, including the Indian one, have been checked and everything is working fine," stated Mr Boyarchuk.

CORONAS-PHOTON will for the first time study the gamma radiation of solar flares.

Another key project, Mr Boyarchuk said, is Luna-Resource (Indian name "Ola") that would land a lunar rover on the Moon. The launch will be managed by India, with the moon rover built by the Lavochkin Research and Production Association.

Following in the footsteps of the leading space powers, India is turning its gaze to the Moon, and is proceeding in a planned and purposeful manner, realising that Russian assistance is indispensable.

The Lavochkin, located in Khimki outside Moscow, builds all the automatic interplanetary and lunar stations, and was the main site visited in early March by the Indian delegation led by the head of the ISRO, Madhavan Nair.

The ISRO expects to cooperate with Roskosmos on the Chandrayaan-2 project which will use an Indian GSLV carrier rocket to deliver a spaceship consisting of an orbital and a landing lunar modules to the Moon round about 2012.

"Chandrayaan -2 will deliver to the Moon a landing craft and moon rover," Mr Nair explained. "The Russian and Indian Governments have approved the programme. We are now solving concrete issues: how to share the work and determine the composition of the payload."

Shantan Dekor of the ISRO said during the video link that the first Indian cosmonaut may land on the Moon by 2025.

Indian specialists are expected to take part in international missions to Mars in 2030.

The first all-Indian crew may go on a space mission aboard a Russian space vehicle. During his trip to Russia, Mr Nair was quoted by the Roskosmos press service as saying, "We expect that the Indian cosmonauts will make their first flight on a Russian spaceship before launching Indian spaceships with our own carrier rocket from an Indian launching site". The tentative date of the Indian cosmonauts' flight is 2015.

India is cooperating closely with Russia in the development of space programmes. In designing its spaceships and carrier rockets, the Indian Space Agency draws extensively on Russian technologies. For example, the engine of the top stage of the GSLV Mark 1 carrier rocket which orbits Indian satellites was made available by the Russian Federation.

In fact, Madhavan Nair's visit to Moscow was devoted to the Russian-Indian space programme, in line with the agreement on joint work signed by the heads of the ISRO and Roskosmos on 5 November 2007.