The day that Henry Ford got it wrong about charity 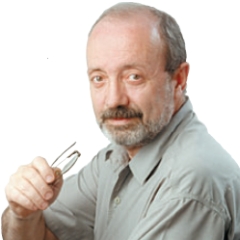 A century ago, Henry Ford, the American capitalist and philanthropist, wrote: "The charitable organisation that doesn't aim to make itself unnecessary in future is not fulfilling its true purpose." America was then struggling with hunger and poverty. Hunger has long since been eradicated, but the concept of poverty, as it turned out, is relative, while problems in health care, science and culture have not diminished. Thousands of charity organisations exist; millions of Americans give money away, to the tune of hundreds of billions of dollars a year.

Was Ford wrong? It looks as though he didn't take into account himself and millions like him - people who have made money and want to help their country and fellow citizens "support themselves", as he put it. Ford's was a typical error, not only for the US. In Russia, for example, the same idea was expressed even earlier by the outstanding historian Vasily Klyuchevsky: "The true purpose of helping is not to help, but so that there will be no one to help."

I believe that millions of people in post-Soviet Russian are ready to give to charity. If anything is stopping them, it's the fear of being made to look foolish. Cure them of this and you will receive millions in donations. This fear developed in the mid-1990s and became thoroughly entrenched in the popular consciousness, when corruption scandals were rife.

It was around that time - the autumn of 1996 - that my colleagues and I at the business daily Kommersant came up with the idea for the Russian Aid Foundation (Rusfond). In the office of the newspaper's founder, Vladimir Yakovlev, were sacks of letters from people in need of help. They wrote to Yakovlev in part because of the Soviet tradition of sending almost any complaint to a newspaper, but more because of the paper's name. If the paper was called Kommersant then, they reasoned, it must have money to burn.

Once we had checked them, we began printing these requests in the hopes that readers would respond. And respond they did: they got the bank details from Rusfond and then acted on their own. The money does not go through us, as we kept telling readers.

Donations are not substitutes for state aid, they supplement it. Rusfond manages the philanthropy, while our readers do the actual helping. And they have the last word; they are the ones who decide the criteria for choosing which letters to print. The requests must be interesting, the writers unable to pay, and the problems ones not eligible for funds out of the state budget.

So does that make us a foundation to help the rich help the poor? Today that sort of positioning appears to be the right choice for our target group, but in the `90s it sounded shocking. We very much wanted charity to become part of the lifestyle of our thousands of readers. And when in November 1998 (two months after the August default) Judith Ingram of the Associated Press expressed surprise at Rusfond's results for October, I suddenly realized that we had succeeded! Ingram was writing a piece on charity in Russia in the wake of the rouble's collapse. She was struck not by the amount, though it was a record for us, and not even by the fact that during the crisis readers had begun giving more. Why was Russia's middle class, which was supposed to be dead, not only alive but helping others to survive as well? That was what fascinated her.

Since then we have become the top fundraisers in Russia. In 2008, we raised $9m, $4.8m of that over the internet. We have registered more than 9,000 responses from readers, some 500 of those from companies.

Now we're in the midst of a new financial and economic crisis. The crisis has generated a surprising amount of interest among national and international media as to the state of Russia's charities. Usually it's the other way around: philanthropy in Russia is considered excessive, so the press isn't interested.

I very much hope that our readers now, as in 1998, will not desert Rusfond. Throughout the entire second half of 2008, when people in Russia first began talking in earnest about the crisis, donations from readers increased, and we raised 59m more rubles in 2008 than in 2007. Best of all, in September 2008 we launched an electronic system of payments on our site (www.rusfond.ru). Now if you have no time to call or write to Rusfond, you can use the electronic payments system. Contributions go into the account of the charity foundation Aid (opened by Kommersant and me), and from there to the letter-writers. In other words, for the first time in 12 years we have departed from our principle of "the money doesn't go through us". This departure was instigated by our readers. The first requests for an electronic system came in 2007, by which time the number of internet-edition responses was greater than the number of print ones. But we were wary. Then in 2008 these requests became a barrage - the internet edition was generating twice as many donations as the print edition - and we gave in. Although those who want to can still get the bank details from Rusfond and send their donations directly.

Every Friday at Rusfond we go over the results of the week's fundraising. Sixteen of us analyse the level of readers' trust and look for new fundraising opportunities. We publish two pages of letters every month in the print edition of Kommersant, and 50 requests a month on the site. All the writers of the letters we publish continue to receive all the help they need.

It's said that if business is bad, fundraisers will be the first to suffer. But there's another point of view: business, as a rule, has no moral component; fundraising, on the other hand, is always moral, and that is why in a crisis business will always fulfill its obligations to charity foundations. I don't know how things will turn out, but I subscribe to that optimistic view.