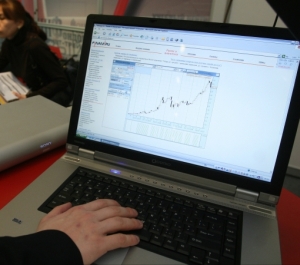 In a recent interview, Russia's first deputy prime minister Igor Shuvalov articulated the government's change of heart regarding the debts of major Russian companies. He said that companies should not count on government aid, but that "all the debts must [still] be paid back and all contracts honoured". The government thus lifted the tacit ban on the transfer of Russian shares to foreigners as part of debt restructuring. Moreover, he indicated that the authorities would no longer bail out companies.

The government has already made the first step in that direction by cancelling the programme to help Russian companies pay their foreign debts. Out of the $50bn earmarked for the purpose, only $11bn has been spent, with $4.5bn going to Oleg Deripaska's Rusal.

Mr. Shuvalov said he had already explained as much to Rusal's creditors (Rusal owes international banks $7.5bn). Clarifying, he added that the government is prepared to bail out companies "only in case of emergency".

Mr Shuvalov thereby startled foreigners by giving them the green light to buy into the "strategic" Russian companies that were traditionally off-limits. A close source confirmed Mr Shuvalov's position: "Foreign companies buying into Russian debtors is an acceptable option, provided it is done in strict accordance with Russian laws," the source explained.

The reference to laws actually means that the final say in converting the debts of Russian companies into shares will belong to Prime Minister Putin. The law "On the Procedure of Foreign Investment in Economic Entities that Have Strategic Significance for the Defense and Security of the State" imposes restrictions on foreign companies buying shares of Russian companies engaged in 42 types of activities. To buy a blocking share in one of these companies, foreigners have to be cleared by the Government Foreign Investment Control Commission, chaired by Mr Putin.

"Igor Shuvalov's statement is hardly good news for foreign banks," says Alexei Morozov, chief analyst with UBS. They've basically been told to extract debts themselves from private Russian companies. Morozov does not believe that the conversion of debts into shares is a positive solution, especially when dealing with syndicated credits. Alexander Pukhayev of VTB Capital agrees that this situation is "hardly welcome for banks".

This article was first published in Kommersant daily