What the west thinks about us is not necessarily true 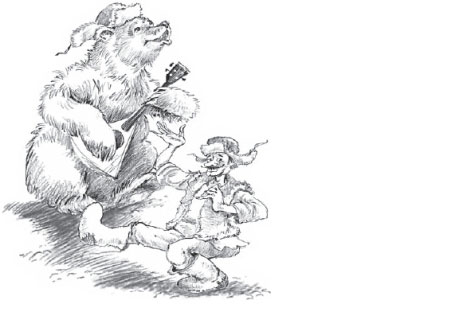 If we can't refute popular impressions of Russia and Russians, let's try to explain their origins and how they reflect reality.

Some people think social polarisation between rich and poor is linked to taxation, citing the US, where disparity in levels of pre-tax income is also considerable but evened out by taxation. Russia has a flat rate income tax: 13pc. Moreover, the habit of conscientiously paying taxes started taking root only recently. Historically, the concept of "no taxation without representation" was unknown, because Russians didn't know what representation meant.

A significant difference in incomes makes society unstable, because it gives rise to indifference in some sectors and a hatred of wealth in others. In America, the American Dream and people's confidence in their potential compensate for income inequalities. In Europe, higher incomes compensate for inequality of opportunity. Russia is more like Latin America.

If you compare us with the West, Russian democracy is not the same: too much is decided at federal or regional level. But we mustn't forget that for centuries Russians have associated the power of the country with the power of the state. Russians have grown accustomed to measuring their country's power in terms of victories. Russian victories came in times of strong rule - from Peter the Great to Stalin. Its people are afraid of weak rule because the believe weakness leads to chaos, and that means injustice and even greater poverty and lawlessness.

"Grassroots" power has effectively never existed in Russia, particularly in the political sphere. There's an old saying: "We'll wait till the squire comes, and he'll sort it all out."

The Russian philosopher Nikolay Berdyayev wrote: "The Russian loves Russia, but he's not used to feeling accountable to Russia."

Are Putin's approval ratings artificial? Lev Gudkov, director of the Levada Centre, a leading sociological centre, explained this in the Novyye Izvestiya newspaper:

"Russians are always afraid of poverty. This is the `genetic' fear of a poor society. People's aspirations are all linked to two aims: to escape a situation of chronic need and to make sure their children are healthy and prosperous. This is what they measure everything by, including political events.

"The country has never lived so well [in recent years], and people believed it would stay like that for ever, or at least would not get worse. Moreover, there's one important aspect of our national psychology or culture that is underestimated - our willingness to passively put up with things."

And although the percentage of Russians who believe the country is going in the right direction has fallen from 54pc in October to 43pc in January, Putin avoided a similar fate. His approval rating rose from 80 to 83pc since the war with Georgia; President Medvedev's is also up, from 70 to 73pc.

"Criticism doesn't stick," says Gudkov. People, he adds, still believe in Putin. "Their dissatisfaction is directed towards the middle-level bureaucrats... People's trust in Putin isn't based on his practical actions: it's more complex in nature. Putin's high rating is made up of hopes... the role he plays is symbolic, not practical."

Don't be afraid of the bear's hug

Foreigners quite often see Russia as a bear. It was used in cartoons and articles at least since the 19th century, and related alike to tsarist Russia, the Soviet Union and post-Soviet Russia.

And the connection is correct. The bear, like the biggest country in the world, is a huge animal that weighs 100-700 kilos. And if you squint your eyes the right way, Russia's geographical shape on the map is quite similar to a bear's silhouette.

During the Soviet era, the bear was most often drawn in the Western press facing west, with the head being made up of Soviet republics. Nowadays with the new shape of Russia the bear usually faces its rear end towards Europe and its head toward the Far East.

A bear was the symbol of the 1980 Moscow Olympics, and the image of "Mishka" floating away into the sky after the games will never be forgotten.

The roots of the bear connected to Russia go deep. The first time this image was linked Russia was in the 16th century when bears were depicted as shield-bearers on the Muscovy Company emblem (an English company founded in 1596). There was no political colouring, just the attribute of mysterious Muscovites.

In the 18th century, this image appeared in politics and represented a monstrous and aggressive creature from the east. In the heat of trade competition between Russia and Great Britain, the latter aimed to impose a negative image of Russia on the world arena. Among the most significant political caricatures there were titles such as "The Russian Bear and her invincible rider encountering the British Legion" and "From Russian gears good Lord deliver me..." This usually shy animal was somehow depicted as cruel and ruthless.

The perception of the bear is entirely different in Russia. After the Olympics it was taken up as the symbol of the dominant United Russia Party.

We should remember that the bear is not naturally aggressive. In fact, its diet is three quarters vegetable and fruit. Still, brown bears may attack young deer, moose and caribou, but their prime choice is fish. They hibernate for six months, are lazy and prefer eating honey to hunting.

Thus, the most intimidating thing about bears is their size. Surprisingly, these big creatures do not usually attack first, unless they feel their cubs are threatened. Like the noble lion of the jungle, the bear is often regarded as king of the forest.

All of the above is true of Russia as well. There is no aggressive bear here. The negative perception of Russia is imposed on the West at every opportunity. A bear is often used in the media to describe Russia, but rarely favourably. Recently, Jaak Aaviksoo, Estonian Minister of Defence, commenting on the Russian-Georgian conflict, said that Russian bear behaviour had deteriorated.

Do you think "deteriorated behaviour" is Russia's question? It is more likely the answer. Punch in "Russian bear" into your internet search engine and negative articles will pop up. But Russia isn't a hunter, it prefers a "vegetarian diet"; and it rarely kills people unless provoked. A brutal and clumsy animal has a different face.

The ties between Russia and bear allegory are close, but there is more. Ironically, Russia's current president has a "bear surname". In Russian, "bear" is medved - and President Dmitry Anatolyevich's surname is Medvedev (genitive of "medved").

Now Russians can nod their heads in agreement when foreigners ask: "Are there bears on Red Square?"

This article was first published in The Moscow News

Daria Chernyshova is a commentator for The Moscow News