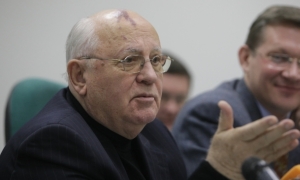 One can already predict the approach to the role of the government that has prevailed over the past few decades will be reversed.

The assault on the state was launched more than 30 years ago, with Margaret Thatcher and Ronald Reagan firing the first shots. Economists, businesspeople and politicians pointed their fingers at the government as the source of just about every problem in the economy.

True, there was much to criticise about the way government functioned. At that time, voters had good reasons to support politicians who promised to limit the role of government bureaucracy and to give business more freedom to grow.

Yet there was something else behind the criticism of government. The hidden agenda reflected the interests of those who, while promising that "the rising tide would lift all boats", were more concerned with giving free rein to big corporations, releasing them from important obligations to society and dismantling the social safety net that protected workers.

Globalisation ushered in a new phase in the assault on the state, sharpening competition in the markets of goods, services and labour. The principles of monetarism, of social and environmental irresponsibility, and of over-consumption and hyperprofits as engines of the economy and society were positioned as an international standard. The so-called Washington Consensus, which reflected those principles, was force-fed to the world.

Increasingly, the state was squeezed out of various spheres of business and finance, leaving them with practically no oversight. One after another, bubbles were blown and, sooner or later, popped - the digital bubble, the stock market and the mortgage bubble.

Eventually, global finance as a whole became one huge bubble. In the process, small groups of people created fabulous wealth for themselves while living standards for most remained stagnant at best. As for the world's poor, commitments to help them were largely forgotten.

This weakening of the state allowed the wild wave of financial fraud and corruption to rise. It was responsible for the invasion of organised crime into the economies of numerous countries and for the disproportionate influence of corporate lobbies, which have grown into gigantic nongovernmental bureaucracies with enormous funds and political leverage. This has distorted the democratic process and severely damaged the social fabric.

September 2008 saw the beginning of a catastrophic collapse of the entire structure. This collapse is burying people's savings under the rubble, bringing down production at an unprecedented rate and leaving millions jobless. It is no exaggeration to say the economy of every country in the world is now threatened.

Even so, we keep hearing from those who still believe in the magic curative powers of unregulated markets. But today, people are no longer looking to them for solutions. They expect their elected leaders to act. Those leaders must use the tools of government intervention; no other tools are available.

At a time when the economic tsunami is threatening the livelihoods of hundreds of millions of people, we must reconsider the state's responsibility for the security and safety of its citizens. We have heard arguments against the "nanny state" and against "cradle-to-grave security".

Indeed, government cannot be all things to all people. But it must at least protect people from financial highway robbery of the kind that it has allowed.

Governments have now assumed the responsibility for rescuing the economy. In meeting this challenge they must not allow huge sums of taxpayers' money to be spent without control.

The money must not end up in the hands and pockets of those who always want to "privatise the profits and nationalise the losses".

In a globalised world, we need to simultaneously clean up messes in individual countries while building structures for longer-term governance at the international level. The first summit meeting of the Group of 20, held last November in Washington, was a beginning. The composition of the group showed a new awareness of the need for an unprecedented joining of forces.

I want to hope that government leaders - like those in the G20 who will meet in London in April to discuss the financial crisis - will solve pressing issues while also laying the groundwork that could stand for decades to come.

The challenges are truly awesome: to define a new role for governments and international bodies in regulating the economy, to start building economies that are less militarised and do not run on over-consumption and hyperprofits, to harmonise moral and environmental concerns with economic growth.