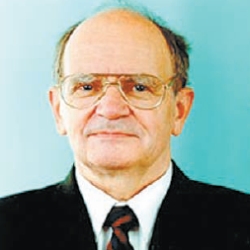 "Conventional thermal nuclear reactors will be replaced by fast-neutron units...The available fuel resources can last such reactors for hundreds and even thousands of years," says Evgeniy Avrorin, Honorary Science Director at the All-Russia Research Institute of Engineering Physics, a Russian federal nuclear centre.

However fierce the global economic storm may be, the major challenges facing humanity will not go away. Finding new energy sources is one of them. The crisis may hold back energy consumption for a while, but once economies rebound, they will be as thirsty as ever for more fuel. Many countries are now busy dusting off their nuclear research programmes. This renewed enthusiasm for nuclear power has been ambitiously dubbed "Nuclear Renaissance".

The Russian Itogy weekly magazine discussed the industry revival with Evgeniy Avrorin, who, until recently, had been one of the most "secret" Russian nuclear physicists, and is now Honorary Science Director at the All-Russia Research Institute of Engineering Physics (in the town of Snezhinsk), a Russian federal nuclear centre, and a member of the Russian Academy of Sciences.

Could you explain what exactly "nuclear renaissance" means? Why is nuclear energy research back on the agenda?

We call it a renaissance because the nuclear industry took a break, during which there was no development - not a single new facility built around the world. One of the reasons was the Chernobyl catastrophe, as well as some other less devastating accidents. Safety at nuclear power plants proved to be inadequate. Nuclear safety, it turned out, came at a hefty capital expense. Even the cost of generated electric power was often higher than that of combined-cycle gas turbines (CCGT).

To make matters worse, it had become clear by the end of the 20th century that there was only a limited supply of suitable reactor fuel. Natural resources of uranium used in thermal reactors that dominated the industry in those days could be exhausted even before the world had run out of oil and gas, let alone coal.

What is different now?

The overall approach to the problem is different. The change in the mindset was brought about by two energy crises. The first one, identified by the Club of Rome, a global nuclear think tank, hit the world in 1970s. Predictions were very grim, but some time later, solutions were found to improve energy efficiency.

Not long ago, we all witnessed the second spell of energy shortages. The economic downturn has merely deferred it, but not for long. As soon as the turmoil subsides, the problem of dwindling resources will come knocking at the door.

Have scientists found any ways of saving the world?

The thermal nuclear reactors widely used today will be replaced by fast-neutron technology. Whereas conventional nuclear plants utilise about 0.5 percent of natural uranium, which contains a meagre 0.7 percent of uranium-235 - the actual energy-generating isotope, the fast-neutron reactors (FNR) extract almost its full power potential. Switching to the new technology will multiply the capacity of radioactive resources by a factor of two hundred.

Such efficient uranium "burning" offers one more benefit by reducing the share of fuel in the overall energy cost. This means that resources for FNRs are virtually unlimited and can sustain economies for hundreds or even thousands of years. Thus re-engineered nuclear power is likely to evolve into a major energy source.

Safety, however, is still a challenge.

Humanity needs to devise solutions either to safely store long-lasting radioactive waste, which may go on decaying for thousands and even millions of years, or to convert it into short-lived waste with a significantly reduced half-life. Creating these technologies will be one of the primary tasks in the near future.

The United States, Russia, China and India are known to be pursuing research projects in waste-handling technology. How does Russia compare against the other three in this effort?

India and China are running robust, thoroughly designed programmes that cover a broad scope and are clearly defined. India, for example, notably focuses on developing fast-neutron technology and thorium-based power production in order to take advantage of its big thorium resources.

Russia has also built a sound base to work from. The founding fathers of the Russian nuclear industry were smart and prescient enough to understand its importance. As early as the 1940s, they spoke of potential demand for nuclear energy, but there were three key problems to be solved first: resources, safety and environment. At that time, work was already underway to design a fast-neutron reactor, as part of a programme led by Obninsk-based Institute of Energy Physics. Our country is one of the industry leaders in this technology. Of the three nations that have successfully built fast-neutron facilities - Russia, France and Japan - Russia has the only operating fast-neutron reactor in the world at Beloyarskaya Nuclear Power Plant in the Urals.

We have extensive experience, but there is a long way to go to upgrade the available technology to a nationwide capacity. The Beloyarskaya facility is relatively modest, whereas Russia needs plants that are more powerful and, importantly, far more safe.

Does each country take its own approach to safety?

Yes. When a nuclear reactor in Japan started to leak sodium coolant, the operation had to be stopped because nobody was prepared for it. The problem with sodium is that it self-ignites on contact with water or moisture in the air. Russian engineers, though, realised from the beginning that it is impossible or extremely difficult to completely avoid sodium leakage, and designed safety systems accordingly. Russia has a unique safety approach to fast reactors, too, since it also has a success record of operating reactors with non-flammable heavy coolants based on lead or lead-and-bismuth eutectic alloy (LBE). LBE-cooled reactors have been used to propel our nuclear submarines, and in 1970-80s, a lead-cooled fast reactor was designed and constructed.

How can international cooperation help in nuclear projects?

There is a growing awareness of the need to work together, at least in nuclear research. Niels Bohr was fond of the following metaphor: if you have an apple and I have an apple and we exchange these apples, then you and I will still each have one apple; but if you have an idea and I have an idea and we exchange these ideas, then each of us will have two ideas.

How high is the cost of new nuclear projects? It must be tough with a recession raging out there.

You can appreciate the scale of investment by looking at Russia's strategy for developing the nuclear industry. It is a gigantic sum. The biggest expense, however, is facility construction, rather than research and engineering. Unfortunately, the allocated R&D expenditure is inadequate for this ambitious programme. A new federal programme is in the pipeline to advance research in the described technologies. After all, recessions are short compared to nuclear industry cycles. A nuclear power plant takes 8 to 10 years to build and there is a lot of front-end engineering to do. When the crises are over, economies tend to pick up rapidly along with demands for energy. So, planning should begin right now.