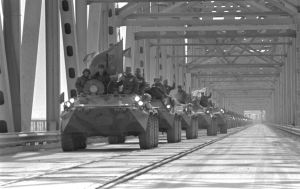 Although this sum does not exceed the annual budget of a small country, it will probably be followed by other allocations under the new U.S. strategy in Afghanistan.

Washington will have to finance its new Afghan war strategy at a time when its European allies are behaving passively.

On April 3-4, 2009, Strasbourg in France, and Kehl and Baden-Baden in Germany hosted a NATO summit to mark the 60th anniversary of the alliance's establishment. NATO leaders were not very enthusiastic about President Obama's new strategy for Afghanistan.

This time, President Sarkozy told the U.S. leader that Paris would send French instructors to train Afghan policemen under the new plan. However, President Obama expected other NATO countries to expand their military presence in Afghanistan because the new U.S. strategy may otherwise fail.

NATO leaders decided to send 3,000 more troops to Afghanistan in order to facilitate safe presidential elections, scheduled to be held on August 20, 2009, and to train Afghan military personnel. The United Kingdom, Germany and Spain will contribute 900, 600 and 600 soldiers, respectively, but will probably withdraw them after the elections. Another 1,200-1,400 NATO soldiers will serve with 70 units training the Afghan army and police force.

However, such expanded military presence is not enough to maintain stability in Afghanistan at a time when Washington and Kabul want to crush armed resistance and to strengthen the incumbent Afghan government throughout 2009.

The NATO summit made vague statements on the Afghan aspect of its policy because it appears that only the United States knows something about the new strategy's details.

This is hardly surprising as this uncertainty is stipulated by the strategy's author himself.

Obama said a week before the NATO summit that an effective strategy in Afghanistan could include bringing a more regional, diplomatic approach to bear and coordinating more effectively with allies (The Associated Press - March 22, 2009).

This and other statements say nothing about the required format for implementing the aforesaid regional approach to solve the Afghan problem. Moscow will hardly be satisfied with U.S. plans to include Russia, China and India in the Contact Group for Afghanistan and Pakistan advocated by President Obama.

Moscow would like the entire Central Asian region represented by the Shanghai Cooperation Organization (SCO) to take part in tackling the problem of Afghanistan. Although the United States agrees with Moscow, the NATO summit did not discuss this issue because the alliance only wants the SCO to implement economic projects in Afghanistan. And there are still no signs that NATO has modified its stance on the issue.

Washington's European allies are reluctant to play a more active role in Afghanistan because national parliaments, rather than generals, have to deal with this and other similar issues. As always, members of parliament dislike wars because their electorate does not want to get involved in them.

The United States, which bears the brunt of the fighting in Afghanistan, has started allocating additional budgetary funding for the war effort. However, a comprehensive strategy advocated by the Obama administration prioritizing economic reconstruction is still lacking.

Russia and its Central Asian neighbors could become America's most consistent allies on the Afghan issue on the basis that it would be absolutely pointless to try and rebuild the Afghan economy separately from other regional economies.

Starr, who in his article advocated "a Greater Central Asia Partnership for Cooperation and Development," also mentioned the above-mentioned factor, namely, Afghanistan's close economic ties with its neighbors.

Everybody, including NATO, seems to like the new U.S. strategy for withdrawing from Afghanistan. The strategy aims to make Afghanistan a normal country and then pull out the foreign military units. But, most importantly, the concerned parties must agree on specific options for normalizing the Afghan situation because the strategy otherwise seems to be shaky.