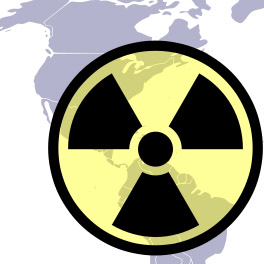 Even in the late 1980s and early 1990s, when the USSR was going through a severe crisis and consequently its political stance could not have been more favourable to Washington, the US leadership insisted on qualitative growth in its nuclear missile capability and did everything it could to widen the gap in military strength between the two countries.

In 1991 the US national security strategy argued that, in order to ensure containment in the 21st century, it was vital to modernise ground-launched intercontinental ballistic missiles, strategic bombers and nuclear missile submarines. Later, in spite of statements about a US-Russia strategic partnership and signing of the NATO-Russia Founding Act in May 1997, the claim that it was necessary to keep US nuclear forces in Europe was constantly backed by assertions that - even if Russia's nuclear capability was further reduced - the country would still remain a "strategic unknown" for years to come. In reality, the Russian nuclear capability was regarded as a potential threat, but a threat which in principle could not be activated. (Cf. S. Talbott, The Russia Hand: A Memoir of Presidential Diplomacy, N.Y., 2003, p. 122)

Scientific developments in the USA, along with military action in Yugoslavia and Iraq, paved the way for a radically new stage in American defence policy. Despite a substantial reduction in defence spending throughout the 1990s, steady modernisation of the nuclear triad continued uninterrupted. Moreover, the Clinton administration embarked on creating a limited missile defence system, essentially side-stepping the 1972 Anti-Ballistic Missile Treaty.
The team that came to power with George W. Bush openly argued that arms control agreements were only useful while they protected America's national interests. The neocons were set on making rapid strides towards achieving absolute security for America regardless of how other major international players might react. The USA's withdrawal from the 1972 treaty marked its transition to a phase of testing and deploying a global missile defence system, and accordingly to creating conditions for completely eliminating China's containment capability and partially eliminating Russia's. In terms of overall military capability, the USA was already way ahead of every other country in the world; at the same time it was working to eliminate any international law restrictions on developing a system that, in theory, would make the USA invulnerable to retaliatory or even "launch on warning" nuclear strikes.

The USA's stubborn refusal to ratify the Comprehensive Nuclear Test Ban Treaty was evidence of its desire to escape international restrictions and develop radically new types of nuclear weapons. At the same time, the USA's main efforts are currently still going into developing munitions based on computer-assisted simulation of nuclear explosions. To this end, in 2009, the National Nuclear Security Administration is ordering a supercomputer capable of executing 20,000 trillion operations per second. This computer, the fastest in the world, is destined for the Livermore National Laboratory. The USA is seeking to integrate a single missile defence system, deployed on land and at sea across the world - from Alaska and California to Japan, Britain, Norway and Poland. A series of tests of missile interceptors has been carried out since 2005, with 26 out of 27 attempted interceptions successful.

Full-scale deployment of GMD systems in Alaska and California will provide coverage for about 90pc of US territory. If such systems are deployed in five or six areas, the nuclear capability ratio between Russia and the United States will be 1:10, or even 1:15, depending on the configuration of American missile defences.

When the budget for the new fiscal year was agreed in autumn 2008, the Pentagon and the White House probably reckoned they could afford another military budget increase despite the crisis. It was indeed approved with support of the Democrats, who already held the Congressional majority. The current situation actually demands cuts in spending, and in the coming fiscal year President Obama may have to encroach on funds earmarked for further development of missile defences. And it cannot be ruled out that disarmament initiatives directed at Russia might go hand-in-hand with a review of the global missile defence systems deployment strategy.

Washington may again place greater emphasis on research and improving ballistic missile interception systems. This could give the impression the whole project is being abandoned, but that would be no more than an illusion - as several members of the new President's team confirm. For example, Vice-President Biden stated at an international conference in Munich in February 2009 that the United States would continue to develop missile defence systems to counter Iran's growing capability.

The US leadership is currently reassessing the effectiveness, cost and potential of missile defence, and possibly some of its technical parameters. The administration wants to use the current lull to hold talks, legally reinforce the present strategic imbalance and help establish as accurately as possible Russia's nuclear weapons capability, both present and potential.
A considerable part of Russia's ruling class favours co-operation with the USA: the country's leadership cannot afford to ignore this. At the same time, the link between offensive and defensive weapons is obvious, as is the fact that a clause about this link was included on the insistence of the Russian side in the joint statement by Presidents Medvedev and Obama. Complicated and probably prolonged talks lie ahead. It's not only Russia that has an interest in agreements promoting long-term stability, rather than locking one side into a weaker position. Virtually the whole world wants this, or at least all countries which are determined to ensure room for freedom in international relations is not reduced.