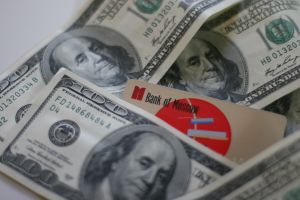 A bill recently submitted to the State Duma would cap annual executive compensation at 4 million rubles ($120,000) for all state companies. It takes a tougher line than the one promoted by President Dmitry Medvedev and Finance Minister Alexei Kudrin in recent weeks.

These moves come after an agreement at the G20 London summit to limit bonuses. Kudrin announced cuts would apply to state-run companies and corporations, as well as banks receiving state support.

The Kremlin certainly has the high ground. Presidential and ministerial salaries pale in comparison to the fortunes gained by CEOs and directors of big companies, and even by the former standard Medvedev is one of the lower-paid prominent world leaders, according to a survey published by the Financial Times. The article states that the Russian president earned $87,000 in 2008: a quarter of the amount earned by George W. Bush, while heads at Russian institution Sberbank took home 13 times as much as Medvedev.

Transparency is central to public accountability, and clear checks on bonuses seem fair enough, given the willingness of the Russian government to support the country's main banks during the financial crisis.

By March 1, 2009, the Central Bank had transferred 600 billion rubles to VTB's account, while Gazprombank received 305 billion rubles. Given this largess, it seems reasonable to expect bankers should run their businesses more conservatively. According to the Interfax news agency, at the start of 2009 Gazprombank had paid out up to $2.88 million (more than 80 million rubles) in bonuses to each member of its executive board, while VTB executives enjoyed rewards totalling $1.95 million (over 50 million rubles) and Sberbank alone gave its 23 top managers with a share of 30 million rubles by the end of 2008. Although the bank finished the year in the black it still gained 500 billion rubles of public money. Despite these high figures, Russia's politicians and public seem slow to criticize bankers and top managers. The country certainly hasn't witnessed public uproar of the kind seen in the U.S. (where multi-million dollar bonuses pocketed by managers of failing insurance giant AIG caused outrage), or in countries such as France or the U.K., where lavish payoffs were condemned.

That said, the scope of the Russian government's financial support to strategic companies is relatively modest compared to that provided in France and the U.K. for their national institutions. It is also clear that-having slowly regained their respect for money and moneymakers over the past decade-Russians are reluctant to decry the wealthy.

Nevertheless, the nation's bankers seem to dread being implicated as a cause of the state's financial troubles. Thus, Andrey Kostin, head of VTB, recently announced he is ready to limit bonus payouts. It remains to be seen if this move will catch on.

It is clear that, while public distaste at large bonuses grows, many of the individuals concerned believe they deserve it. Heads of private enterprises in Russia are armed with the belief that they alone possess the skills necessary to manage major companies. Consequently they are reluctant to cede ground in any wage war.