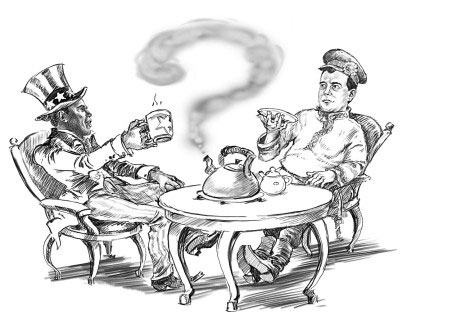 The apprehension is palpable in both Russia and the U.S. Given how much effort both countries have put into improving relations over the last 20 years, it would be a pity to lose the fruits of this difficult rapprochement. Having said that, one cannot deal with a partner who does not value the partnership and ignores your interests. No matter how important America is, friendship or enmity is not paramount for the Russian people.

A new feature of American politics is the recent spate of moderately concerned pronouncements about Russia. Also, changes in personnel: Russia experts have been appointed to the National Security Council and the State Department, and two former ambassadors to Russia have joined the Obama administration. Alexander Vershbow is now Assistant Secretary of Defense for International Security, while William Burns has been appointed Undersecretary of State for political affairs. Rose Gottemoeller, director of the Moscow Carnegie Center from 2006-2008, has been made an Assistant Secretary of State.

Other former ambassadors to Moscow were behind a recent report published by the Bipartisan Commission on U.S. Policy Towards Russia. The report states there is no reason to fear Russian investments outside the energy sector in the U.S. and the E.U. It recommends extending the Start One treaty, suspending the Jackson-Vanick amendment and making Russia a member of the World Trade Organization, as well as urging new negotiations on Russia's participation in the planned ABM systems in Poland and the Czech Republic.

Most revolutionary of all is the report's idea that America should not try to build spheres of influence along Russia's borders while counting on a "constructive response" from Moscow. The U.S. administration must stop ignoring Russia's interests: cooperation will be important to goals such as nuclear non-proliferation and solving the "Iran problem."

After the report was made public, Henry Kissinger visited Moscow-accompanied by a group of Russia experts. Now everyone is waiting anxiously for the results.

Though some of the informal recommendations are encouraging, formal proposals leave much to be desired. The Americans are trying to sell a plan that would enhance their superiority while forfeiting the last remnants of former strategic parity-Russia's only guarantee, in essence, of military-strategic security. The American proposal does not stipulate a parallel reduction of tactical weapons of mass destruction, conventional forces and so-called geographical offensive weapons-meaning America's new NATO bases near Russia.

The leitmotif is that America has stopped ignoring Russian interests. Yet, U.S. actions suggest determination to restore America's total strategic invulnerability. What does that have to do with Russian interests? Where is the opportunity to consider and defend these interests? The iron fist in the velvet glove.

I do not think Russian diplomacy can easily return to the romantic atmosphere of Soviet-American relations under Gorbachev. "Perestroika diplomacy" was never poisoned by the bitterness of deception; it remained the diplomacy of negotiated breakthroughs. But post-Soviet diplomacy is another matter entirely. It has been saturated with the spirit of 1990s disappointments: the NATOization of Eastern Europe, Kosovo, poisoned relations with Ukraine and the military destabilization of Russia's borders in the Caucasus.

To restore honest and respectful relations with the U.S. is one thing; to accept American proposals that do not benefit Russia in order to do so is quite another. If the U.S. is as intent on improving relations with Russia as Russia is on improving relations with the U.S., it must be prepared for very tough negotiations, tougher than any since the 1980s. The U.S. is primarily interested in cooperation over non-proliferation and Iran. Moscow, by contrast, is more interested in reforming the security system in Europe. We need to learn again how to link such things.

The first meeting between Presidents Medvedev and Obama seemed to have a stimulating effect on diplomats and politicians in both countries. At the same time, one must be clear: while Russia wants stable and friendly relations with America, this is not an end in itself for Russian foreign policy. It is an important tool for building a safer and more prosperous world. Russia will advance along this path in any case, preferably with the U.S., but without if necessary.

Professor Anatoly Torkunov is rector of MGIMO and a member of the Russian Academy of Sciences.