There's more to leadership than you think 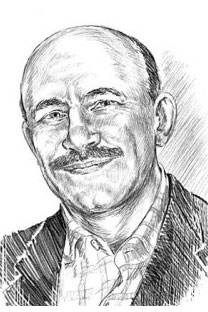 It is more a cultural than a linguistic problem and needs clarifying. Translators and students of foreign languages are familiar with the problem of what the French call faux amis (translators' false friends), words that have the same origin and often look and sound the same but mean different things in different languages. Examples include the English word anecdote and the Russian "anekdot" (a joke) or velvet-in Russian "velvet" stands for corduroy.
Things get a little trickier and sometimes downright difficult when some meanings coincide and others diverge. A director, for example, is "direktor" in Russian when he is a member of a company's board of directors but not when he is a film director (that will be a "rezhisser"); a Russian "director shkoly" is a school principal in America or a headmaster in Britain. A Russian "student" goes to college; in America, he might just as well be a 10-year-old schoolboy.

Experienced translators and interpreters are well aware of such words and, even though they are quite numerous (try Russian faux amis for accurate, carton, decade, novel, or revision), we very rarely confuse them. Language learners may be reasonably sure that as their proficiency improves they will get the right word almost automatically.

There is, however, a less well known but insidious problem: Something I call false equivalents. Take the word leadership, which is often translated into Russian as "rukovodstvo." In nine cases out of 10, it is a mistranslation, as this Russian word means guidance, management, or even control. So when a phrase frequently used by American politicians-U.S. global leadership- is translated, sometimes deliberately and maliciously, as "amerikanskoye rukovodstvo mirom," which is something very close to American control of the world. It conjures up all kinds of nasty associations in the minds of most Russian readers.

The right Russian word is of course "liderstvo." We borrowed the word leader from English decades ago and equipped it with Russian suffixes to create derivatives-a verb, an adjective, and a noun. So Russian translators are in this particular case luckier than, say, the French, who simply have no equivalent for the English word; English-French dictionaries therefore recommend roundabout ways of conveying this concept. So far so good? Well, there is still a problem here, and it's cultural rather than linguistic. The American concept of leadership is difficult for many of us to grasp even when the word is translated correctly. I have seen Russians perplexed when they were told that a college somewhere in Virginia has a program in leadership studies and even students majoring in leadership. They thought it was something too vague to be an academic subject. "What is there to study, or to learn? You either have it or you don't," they said.

When Americans speak of someone's "leadership role" the meaning is best conveyed in Russian by the word initsiativnost." Sounds familiar? It's because we both borrowed the word "initiative" from French.

As for "lider," it was for many years confined to its sports meaning. Another word, "vozhd," previously thought to be obsolete but dusted off by Stalinist propaganda, was used to describe Lenin's successor. This word has now fallen into disuse. Recently, some political commentators have taken to describing Prime Minister Vladimir Putin as "natsionalny lider"- the nation's leader. Whether he thinks it's a good idea is not known but I somehow doubt it.

Going back to "U.S. leadership," you are still likely to be misunderstood if you mention it to Russians, but perhaps less so if you tell them that President Barack Obama has recently called for leadership through partnership and cooperation. He even said that leadership includes a willingness to listen to others. We might, after all, be able to work out a common concept of leadership.