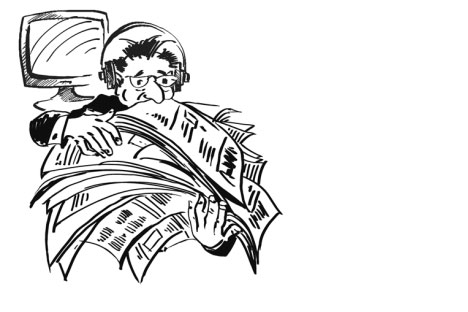 Emotions flared over its participants and their political significance, particularly in Russia. Also, with Barack Obama's Moscow visit imminent, many are asking questions about transatlantic relations in a security context.

A round of Russia-U.S. disarmament talks - the first in seven years - took place in Moscow on May 19-20. The aim is to prepare a new Strategic Arms Reduction Treaty (START 2) to replace START 1, which expires in December.

Gazeta quotes political observer Sergey Karaganov: "reducing nuclear capacities does not really benefit Russia, since the U.S. is significantly ahead of it in conventional non-nuclear arms."

Izvestia wrote that under the future treaty, "nuclear capacities are reduced to 1,500 or 1,300 warheads. Carrier systems will also go under the knife of these reduction talks, together with `surplus' nuclear warheads. An institute for joint monitoring of the treaty's implementation will also be set up." What might invalidate all the efforts of the negotiators is the American missile defense system in eastern Europe. Vremya Novostei is sure that "Moscow will try to link the START treaty with the issue of the American missile defense system deployment in Europe. And if Barack Obama's administration fails to reconsider George W. Bush administration's plans to deploy a third tier of missile defenses in the Czech Republic and Poland, it will effectively become impossible to conclude a new START treaty."

Eurovision: Worth its weight in gold

The Moscow Eurovision was the most expensive in the history of the contest, wrote Noviye Izvestia, pointing out this was at the height of the economic crisis: "Moscow splashed out in an unprecedented way on this contest. In 2006 Greece spent 12 million euros, and last year Serbia limited it to 9.3 million euros. Russia's hospitality exceeded all conceivable limits: we're talking about as much as 30 million."

Kommersant reckons Eurovision is quite a strange event. On the one hand, the contest claims to be the biggest event in European pop culture, but the number of winners who've gone on to become serious artists is not just low, but laughably so. In 52 years, there have been just two: ABBA (35 years ago) and Celine Dion (21 years ago). The paper goes on to note, "With the possible exception of Ukraine, no country has taken hosting the Eurovision final as seriously as Russia. The event was virtually on a par with the Olympics or the Champions League final. The arrival of Prime Minister Vladimir Putin at Moscow's Olympic stadium was unprecedented."

In the last few days, Izvestia has been publishing extensive information about how freely Russian government officials spend taxpayers' money: "Neither the crisis nor appeals for stringent economies by the president and the prime minister have taught our officials anything. Many of them continue to spend taxpayers' money on luxury items or unnecessary purchases, laying on festivities and banquets costing up to 32 million rubles ($1 million)." Many examples are cited, including "three chandeliers costing a total of 1.2 million rubles for the parliament of Kabardino-Balkaria, a Russian republic in the North Caucasus dependent from top to bottom on state subsidies. Staff of the head of the Republic of Kalmykia, in southern Russia, ordered curtains worth 721,000 rubles for themselves, and then a further 1.4 million rubles' worth last autumn. For comparison, 67 beds and the same number of bedside tables in a home for elderly and disabled people in Kalmykia's capital Elista cost the regional budget 259,960 rubles."

Kremlin and the media disagree over national security strategy

Russian newspapers have taken a close look at the Russia's national security strategy to 2020 approved recently by President Dmitry Medvedev and come up with conflicting views.

The state news agency RIA Novosti notes "the West's reaction of near panic to the section dealing with strategic assessment of Russia's place in the world and threats facing it, which does not rule out using military force in possible future raw material conflicts on Russia's borders."

"Despite the fact that the Russian Ministry of Foreign Affairs made it clear Russia does not plan to use military force in the Arctic shelf, Moscow stated it would defend its interests in the Arctic `to the end'," wrote the independent newspaper Rossiya.

Moskovsky Komsomolets takes an ironic view: "The way it deals with Russia's security is completely clear - but unintelligible." The paper finds the document lacking detail: "Kremlin analysts have given a very accurate `diagnosis': the list of risks threatening Russia could be called so. Where they are less successful is in `writing the prescription'... This new document does not plan for the future."