New strategy for a changing world 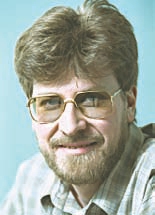 It shows people in the corridors of power are seriously trying to understand the extremely complicated, non-linear international context in which our country finds itself. The strategy is no set of cliches: considerable intellectual effort has been exerted.

On the other hand, the document is not coherent. For the sake of fairness, the world situation is so confused and unpredictable that long-term strategies are hardly possible.

The main merit is abandoning the narrow interpretation of national security as predominantly a military or geopolitical concept, in favor of a comprehensive approach. Traditionally, Russia has been preoccupied with the threat of "hard" power; military interests have been immeasurably more important than citizens' demands.

In the era of global interdependence, the parameters of power are diverse. Along with military might or economic indicators, they include demographic potential, quality of human capital, the attractiveness of countries in terms of living standards and a strong sense of national identity.

The strategy gives due attention to all the above. It recognizes that the socio-economic and humanitarian vigor of a nation is no less important than its defense capability. It introduces national security indicators such as the inequality coefficient, unemployment and availability of health care and education. Investing the concept of security with more complicated content is a step in the right direction.

Another intriguing detail is the recurring reference to "interaction between national security forces and civil society institutions." Even though it may be no more than a bow to non-governmental organizations, the very mention is symbolic.

While the overall approach offers hope, there is an impression of a conceptual muddle. The description of the international situation regurgitates stock provisions of other doctrinal documents, while not looking at future developments.

Among the list of threats, the United States stands out. It is hard to challenge most criticisms of the U.S., but at the same time other challenges (for example, China) are ignored, which suggests the assessment leans heavily towards expediency. Foreign policy priorities are named in a somewhat perfunctory way: all at once, from the C.I.S. to Europe to the S.C.O. and the U.S., with the latter in the shape of "strategic partnership" despite criticism in the adjacent section.

The Kremlin has revealed an understandable penchant for doctrinal documents. The institutional base of Russia's international relations is weak: the fast-changing global situation constantly demands new responses. However, the desire to respond to current challenges is not matched by intellectual input.