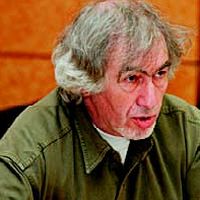 At the start of the financial crisis, the Russian authorities and the mass media were at pains to convince the public that there was no crisis. Opinion polls showed a precipitate increase in troubling effects of the crisis and a consequent increase in people's anxiety.

The picture now appears to be quite different. The authorities and the mass media have acknowledged the crisis and accepted it as a new reality. As for the public, the crisis has made itself felt here and there, but so far has not matched the worst expectations. In terms of difficulty, 2008 is rated as four times easier, and 2009 as three times easier than 1998 (when the rouble collapsed).

Still, for all the differences between the two crises, there is some basis for comparison. As in 1998, managers would rather pay their workers less than shut their factories down. This tendency has been steady: reports of wage cuts and delays outnumber those of lay-offs and closings by a factor of 3:2. Nevertheless, 70pc of all Russians feel sure that unemployment will increase, while 93pc of all managers say that people have begun to worry more about losing their jobs. In a recent poll, 68pc of the respondents said that they had friends who had lost their jobs due to the crisis; 13pc reported having family members forced to take unpaid leave; 17pc had had their own hours cut; while 21pc said that a member of their family had been let go.

This is the picture in the country overall. But in medium- and small-sized cities the problems of employment as well as wage delays and cuts are far more serious than in Moscow, St Petersburg and other major centres. Mass layoffs are reported 1.5 times more often in medium-sized cities than in large ones. The situation among various categories of workers also differs. Manual workers are 1.5 times more likely to have their wages cut or delayed than are managers and other white-collar workers. Blue-collar workers are the ones usually forced to take unpaid leave or accept fewer hours; and they are 1.5 times more likely to lose their jobs altogether than are specialists. Poorer people are 1.5 times as likely as prosperous ones to have serious problems with pay and work. Polls further show that it is the poorer segments of the population that now see the crisis as a serious threat to their existence. Of the bottom 10pc, twothirds anticipate a significant worsening of their daily nourishment in the next few months. Among the more well-to-do, most respondents were sure that they personally would continue to live as they had before the crisis. The higher their status, the less concern they expressed.

But not across the board. In fact, an equal number of managers and workers (37pc) said they might lose their jobs in the future. But as for finding new jobs in their same profession, 55pc of the workers felt sure they could, as opposed to less than 45pc of the managers.