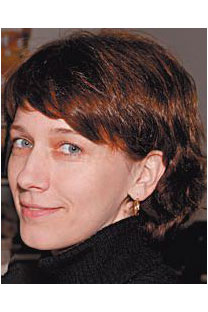 We avoided a focus on broad statistics in our study, and were therefore able to obtain unique insight into the wealth of foreign investors' personal experiences in the Russian market. Often, the usual doom and gloom predicted by ratings agencies was not as prevalent on the individual level.

For example, Andrew Somers, president of the American Chamber of Commerce in Russia, saw low mortgage dependence as a crucial factor in Russia's further economic development in the context of the global economic crisis. While in Europe and the United States we observe a near total dependence of the working population on home mortgages, in Russia this number does not exceed 6pc.

In fact, Jaguars and Lexuses were more often purchased on credit in Russia than homes. Therefore the standard conception that losing one's job means losing one's home does not hold true, and homeless Russians are not expected to appear en mass. In Somers' opinion, this will allow the country's population to recover and adapt to new circumstances more quickly. This statement reminded us of how, during the 1998 Asian economic crisis, top ratings agencies predicted utter disaster and a return of Communism to Russia, while, on an individual level, experts were more upbeat. There were many "optimists" who profited tremendously from buying Russian shares at knock-down prices during the previous crisis, only to see them double in value two years later.

The problem with most pessimistic analyses is that they don't take into account such intangible factors as a nation's "ability to survive" or "optimism". Many of our highly educated and professionally successful respondents in top-management positions used non-economic terms to describe the current crisis in Russia. "Crises of various kinds are a matter of habit for Russians," commented Anna Kozlovskaya, public affairs and communications director at the Coca-Cola Export Corporation. "We clearly know that within one or two years, at most, we'll overcome it." However, all of our respondents still agreed that 10 years of market economics have not been enough to build a satisfactory economic framework. Personal relations therefore continue to be a major factor in every business venture, and should be valued by any foreigner in the early stages of developing a business in Russia. Until a more "Western" system of equal opportunity becomes dominant in Russia - and this may not happen for some time - many ventures will continue to depend on the "Eastern" model of personal contacts.

And here a paradox arose in our study: we found that while many Westerners were disappointed by the low level of personal culture among Russian top-managers, they ended up making more friends in this country than in any other. Japanese investors, on the other hand, were embarrassed that they could not reciprocate the "gorgeous" after-hours hospitality offered by their Russian partners.

Both groups will be happy to hear that the crisis is expected to greatly improve manners and curb excessive spending.

Numbers
$9bn was the volume of foreign direct investment in the Russian economy during the first quarter of 2009, reported Economic Development Minister Elvira Naibulina. This figure showed considerable growth.

$5,58bn was reported during the first quarter of last year, which saw a 42.8pc decrease from the same period of 2007.