No more Russian roulette: casinos closing, but zones are not ready 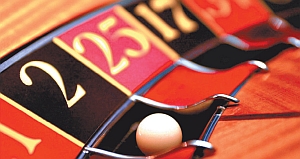 Russia's casinos are getting the boot, but the specially designated zones where they are to move are not ready. Casino owners say they are ready to leave the country, while millions of Russians lament the savings they lost in cheap casinos and slot machines. Will the new law help?

In the days of the USSR, the authorities strictly forbade any games of chance: even the word "chance" was excluded from the Soviet dictionary. The first gambling establishments appeared after the collapse of the Soviet system. The casinos became a kind of symbol of a new era, when money could be conjured out of the air and just as easily lost at the roulette wheel.

The number of gambling establishments in the country grew steadily, from about 800 in the mid-1990s to more than 60,000 by the beginning of the new century. At the same time, respectable casinos with luxurious rooms and high stakes were in the minority. For the most part it was about gaming machines, which started appearing in just about every baker's shop. Any pensioner or schoolchild could easily try their luck.

No one even suspected the existence of "gambling addiction". According to Vladimir, founder of the Moscow Gamblers Anonymous society, neither he nor those close to him could imagine that he was seriously ill. "I would lose my money, then other people's money; I borrowed money from banks and lost that too. It got to the point where I'd gambled away all the furniture from my flat. One day, I was so `drunk' on gambling, I carried the fridge out of the flat, sold it to the first taxi driver who came along, and within 15 minutes I'd put all the money into a slot machine. My friends and family couldn't understand why I couldn't stop gambling."

According to Russia's Ministry of Health, in Moscow alone approximately 300,000 people suffer from gambling addiction. Gamblers Anonymous puts the overall number of gambling addicts in Russia at about three million.

There was a growing realisation that somehow this disease had to be fought. At first slot machines were driven out of shops, subways and medical centres.

Three years ago, a law was passed on state regulation of activity related to organising and running games of chance. Casino owners were required to move their establishments by July 1, 2009, into four specially designated gambling zones: "Azov City" in the south, "Siberian cash" in the Altay region, "Amber" in Kaliningrad oblast, and the "Maritime" zone in the Far East.

The gambling industry resisted the moves. No one really believed this law would come into force - the stakes were too high. It's one thing to make money out of nothing on slot machines in Moscow; it's quite another to invest your own resources into developing gambling zones.

That the status quo would be maintained seemed all the more likely since, for the last three years, virtually nothing had been done in the future gambling zones. To date, only the authorities in Krasnodar region and Rostov oblast have auctioned leases on plots of land.

According to State Duma deputy Aleksey Pakhotnikov, the gambling zones are not ready for work because of "sabotage" by regional authorities and investors.

As one of the owners of a chain of gambling clubs in Moscow said, none of his Moscow colleagues was in a hurry to start building and moving his one-armed bandits into the specially designated zones. "Who wants to go a thousand miles into the wild and start from scratch in a place where there's no infrastructure... in the middle of a field?" he asked. "I can tell you, this is absolutely useless for business owners."

Some of the companies may leave the market altogether. Michael Boettcher, owner of the Storm International group, has repeatedly stated his intentions. "If the law doesn't change, we'll leave Russia," the British businessman said. According to some reports, Oleg Boyko, co-owner of the joint holding company, Ritzio Entertainment Group - Eastern Europe's largest gaming company - is also ready to move his business abroad.

Meanwhile, representatives of the gambling business in the FSU countries and Eastern Europe are already fearing expansion by their Russian colleagues.

80pc of all legal gambling establishments in Russia are in Moscow and St Petersburg. The annual turnover of just those casinos exceeds $6bn.