Putin oils the wheels as UK banks on finance 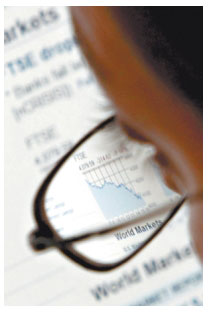 Economic data is grim on both sides, but Russia has the option of stimulating its economy

Since the start of the global economic crisis, Russia's response has been to flex its fiscal muscles in an attempt to stabilise the economy. Such initiatives are possible thanks to a decade of high oil prices and the spectacular growth of government reserves. Britain cannot afford such a strategy, having mortgaged its future to recapitalise a discredited banking system.

The Kremlin is trying to stave off rising unemployment, which stood at 10.2pc by the end of April (the highest level in a decade), by creating a 44bn rouble ($1.4bn) stimulus programme, announced in January. Renowned economist JM Keynes would have been proud: Russia has created 1m jobs in public work schemes.Where workers cannot be re-employed, benefits have been increased to keep people happy - and off the streets. In a commodity-centred economy, containment and stability are the order of the day; growth has to wait until global energy demand picks up. Job schemes are just one part of the recovery package: the government has poured more than 1.4 trillion roubles ($45bn) into stabilising the economy.

In his "Anti-crisis Plan, part 2", Prime Minister Vladimir Putin announced on June 19 that spending on the pension fund and other social programmes will increase to 4.37 trillion roubles. A list of strategic companies - able to dip into a 300bn rouble stabilisation fund for completing modernisation or radical cuts in management pay - was also announced. Another 40.5bn roubles in aid was promised to small and medium-sized businesses (SMEs), with a 20pc minimum of all state orders now designated to SMEs. Regions and municipalities not meeting this quota are subject to monetary penalties.

At the same time, monetary policy has been tightened, in sharp contrast to the dramatic cuts in interest rates made by the Bank of England. While the Bank slashed base rates (from 5.5pc in January 2008 to 0.5pc) in an unprecedented attempt to stimulate the economy, Russia actually shrank the money supply and raised interest rates to 13pc. The emphasis was on fiscal policy, rather than liquidity.

Since the crisis began, Russian corporate tax has been cut from 24pc to 20pc and tax on small and medium-sized enterprises could fall as low as 5pc. There are moves to protect the car industry with $1bn of state aid, principally going to Avtovaz, Russia's largest car maker. The public have also been offered cheaper loans to pay for new cars. A recent deal by a Canadian-Russian consortium took control of Opel, with the state-controlled Sberbank taking a 35pc share and GAZ designated an "industrial partner".

GAZ expects to build 180,000 Opel cars a year in Russia, providing substantial support for the automotive industry and, more importantly, jobs for Russians and new access to international ventures. In this twist of fortune, the crisis has allowed Russia to access investments such as Opel, which it can use to improve its own industries. More are expected: with lots of Russian cash to invest, the crisis offers an inverse window of opportunity.

The head of the Bank of England, Mervyn King, claims that Britain simply cannot afford an expansionary fiscal policy. With a decade of oil-fuelled budget surpluses and a swiftly recovering oil price, the Russian economy is relatively well placed for fiscal stimulus. Finance Minister Alexei Kudrin has said the main Reserve Fund could be entirely used up next year and state borrowing will increase. He recently said Russia would borrow 214bn roubles ($7bn) next year and $10bn in following years. Contrast this to Britain, where the Institute of Fiscal Studies predicts government deficit will hit £175bn this year and £173bn next year.

According to Carl Emmerson and Gemma Tetlow of the IFS School of Finance, such deficits can be dealt with in two ways: raising taxes or cutting spending. Fiscal expansion and public work schemes do not feature on the road map to a British recovery. The financial sector provides such a large part of government tax receipts that it was necessary to focus the rescue operation on this sector, resulting in the partial nationalisation of some major high street banks. With the IMF estimating recapitalisation of UK banks at $132bn (some 9pc of GDP) there is not much money left for public programmes or other fiscal stimuli. To boost consumer confidence, Britain responded with a headline-grabbing cut in VAT from 17.5pc to 15pc, though the relative cost of this is low and its impact minimal.

It is impossible to predict which strategy will lead to a quicker recovery. The British recovery depends on revitalisation of the banking sector, while the Russian economy is heavily dependent on the world oil market. Chris Weafer, chief strategist at Moscow financial corporation UralSib, says: "Russia is not attempting to stimulate growth. It has created a stable platform to rise above the storm and wait for the global economy to recover, and it has been very fortunate with the oil price recovery. The `crisis' has now evolved into a period of opportunity."

Buoyed by a six-month high in oil prices (rising by 27pc in May to end the month at $66 per barrel), a devaluation of the rouble and strong gains in the Moscow Interbank Currency Exchange, investors are moving back into the country. The stock exchange has recently surged and money is trickling back to Russia. It is unclear if this is due to Putin's rescue package. Equally unclear is whether or not this positive trend will last.