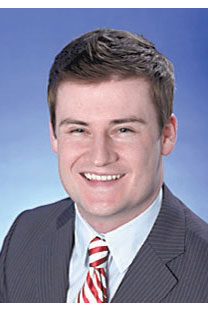 Just as a plant's growing leaves bend toward the sunlight, economies grow towards the strongest sources of demand for what they can potentially produce. In this way, over time, economies come to be shaped by the desires of their markets. But the sources of demand that come to dominate and bend the economy towards them are not always sustainable. When they run out, economies have to adjust and find a new way to grow.

We are currently experiencing such a shake-up of the global economy. Over the past decade, the strongest source of demand in the world has been US personal expenditure. By 2007, loaded with debt, America's 300m consumers came to account for nearly 20pc of global demand. Global economic activity duly assumed a pattern shaped by the pre-eminence of the US consumer. The global economic crisis can be seen as the spectacular demise of this pattern.

We are experiencing a necessary re-balancing away from an over-reliance on an unsustainable source of demand: the US consumer's light has faded.

It is not surprising, therefore, that the greatest beneficiary of the past decade has not been the US, but the emerging economies. Between 1995 and 2007, the Bric economies (Brazil, Russia, India and China) - the four largest emerging economies by population - doubled their share of world GDP from 7pc to 14pc. Now, the question for these economies is how to grow after the global crisis. Yet the crisis is a push in the right direction for them. It is an opportunity to reorient their economies towards more sustainable sources of demand. The challenge is for governments to implement the right policies to help achieve it.

China's economic priority is to stimulate greater personal consumption, which will require a reduction in China's unusually high savings rate. In part, this must come about by reducing incentives to save, such as China's woeful state provision of healthcare and social insurance. Recent government announcements to address this issue are encouraging.

Brazil, conversely, needs to save more - or at least its government needs to save more. Business interest rates in Brazil are the highest in the world. This signifies (alongside a highly inefficient banking sector) a staggering excess of desired investment over savings. Brazil's investment potential is second to none, but it needs more capital. The government spends too much on current expenditure, which directly crowds out vital public investment and indirectly crowds out private investment through high taxes. Brazil needs a fiscal rearrangement.

India must remove political uncertainties to business investment. Coalition governments with disparate interests have made it difficult for the private sector seeking government co-operation. The result of the 2009 elections in May significantly strengthened the hand of the Congress Party, which should in theory make doing business with the government easier. That is why the stock market rose emphatically the morning after the election result.

Russia's strategy over the next decade must involve broadening the economy to incorporate a larger industrial base. This will reduce the economy's reliance on energy revenues and raise average productivity. To achieve this, the focus must be on infrastructure investment to make Russian industry more competitive, and to raise the capacity of the economy to grow without generating inflation. "Soft" infrastructure (education, welfare) must be part of the strategy, too, to help foster innovation and reduce inequality.

In 2008 the Ministry of Economic Development and Trade set out a number of goals for next decade under the programme Russia 2020. Broadening of the economy and innovation were central in the plan. This is very positive, but the trick will be finding the required investment. Foreign capital will probably have to be part of the answer. In order to facilitate this it is vital that the Russian government does more to help foreign investors understand its objectives.

Global growth on the other side of the crisis (there will be some) will not be achieved by continuing the old habits of the past decade. The role of emerging economies will be larger than ever - the actions of their governments will be crucial.