Our long relationship still leaves much to desire 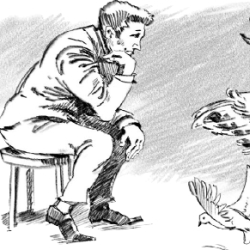 Normally, one might expect the UK position to fall in line with whatever a US president is seeking to achieve - especially one with Obama's moral authority and charm. But UK-Russia relations have a dynamic all their own and may inject a note of realism into a US strategy that has not yet caught up with the disquieting reality of today's Russia.

On the cultural and educational side, the mutual fascination is undimmed (though not equal: Russian fascination with the UK is arguably greater) with numbers of Russians at UK schools and universities increasing and a multitude of art exhibitions, film seasons and literature festivals in both capitals. This can be part attributed to the "Abramovich effect". Chelsea Football Club's chairman did not begin the large Russian influx into the UK, but his high public profile has helped "Londongrad" to become the destination of choice for billionaire oligarchs, and the burgeoning middle class.

The political and commercial sides - always intertwined in Russia - are considerably more problematic.

The decision by UK courts to refuse to extradite Boris Berezovsky and Akhmed Zakaev on the basis that Russia's legal system would not guarantee them a fair trial, was the first and remains the largest impediment to good relations. Russia has never understood this was an independent, judicial decision, not political. It has failed to realise that UK courts have, on several occasions, tried and acquitted people the UK government regards as dangerous. That is how things sometimes go in democracies.

The murder of Alexander Litvinenko and subsequent refusal to extradite suspect Andrei Lugovoi is the highest-profile impediment to good relations. I mention the cases together with Zakaev and Berezovsky as it is tempting for some to equate. Why should we hand over Lugovoi when you refuse to give us Zakaev and Berezovsky? That is a mistake and morally bankrupt. In the view of British law, Russia has never produced credible evidence to support its extradition request. The case against Mr Lugovoi, however, was clearly laid out and the Russian response was not so much a careful explanation, as an arrogant rebuff.

The greatest fascination the British have with Russia is in making money there. It is still possible to do so, though the conditions are rougher. The trials and tribulations of BP, TNK-BP and Shell in Russia have, if anything, left a deeper impression on minds than the Litvinenko case and added to an already unfavourable impression of Russia as treacherous waters. The $18bn trade relationship in 2007 has taken a heavy knock from the global economic crisis.

So, what are the implications of the awkward UK-Russia relationship for the American-led "reset"? Not much in some ways: one should not overestimate the importance of the UK to either Russia or the US. None the less, Britain's Russia experts possess a subtlety often lacking in the US when assessing the dangers and benefits of Russian power. It tends to be European rather than Atlanticist, and is certainly more attuned to the feelings of New Europe and the former Soviet states. The reset button threatens to overlook these vital issues. In the aftermath of the Russia-Georgia conflict last year, UK Foreign Secretary David Miliband rejected the idea of a Russian zone of influence in the region. The UK needs to refresh this message. President Obama in Moscow needs to say it directly.

The values gap between Russia and the UK (which is also in evidence with Russia's treatment of its media, NGOs and the British Council in particular) is ultimately what undermines the relationship. It will be interesting to see if President Obama is willing to conveniently ignore these for an improved relationship with Russia or if they will prove to be as much of an impediment as they have been for the UK.