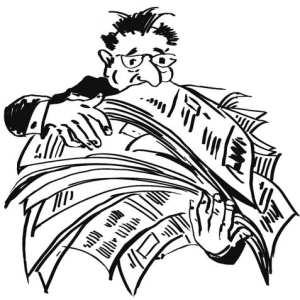 August 7 marked 200 days of the Barack Obama presidency, and I soon realised that I'm having a reaction: I simply cannot convince myself that our lives have become better with the newly elected US president. Globally, people like myself are clearly a minority.

What continues to happen time after time? First, the US leader - accompanied by the usual applause - makes some strong statement on an important international issue and pledges to seek change. Then comes a period of ominous silence. Nothing positive or concrete happens.

One of Obama's favourite expressions is "let me be clear". It is assumed that this expression must indicate firm beliefs and adherence to principles. But there are more and more inconsistencies. It used to be: "I want to clearly say: the United States assumed a long-term commitment to support the democratically elected sovereign governments of Pakistan and Afghanistan." Now it's: "I want to clearly say: we cannot turn a blind eye to corruption, due to which the Afghanis are losing faith in their leaders." According to the Nation columnist Alexander Cockburn, just as then-president George Bush's particularly shifty eyes indicated that he was lying, now Obama's oft-mentioned catch phrase is the precursor of embarrassment.

The question that many ask is: in 2005, in the new "National Security Strategy", George Bush proclaimed the right and intention of the United States to strike any country at any time and as Washington wishes - why not withdraw from this aggressive doctrine, Obama? Naive. The key to the current US administration is to pretend, and not to "be". But a placebo does not cure severe illnesses, and one day an end comes to even the most intrusive, most tremulous expectations.

Until now, Russians convicted of even relatively minor crimes could end up, under Russian law, in a penal colony. But it appears that's about to change.

In a plan introduced by justice minister and President Dmitry Medvedev appointee Alexander Konovalov, those convicted of minor offences will be offered punishment in the form of community service, house arrest or a fine.

Medvedev has long lambasted Russia's legal system for a lack of options to prison sentencing. Today, the country is home to 890,000 prisoners - more than anywhere else except the United States. Following a decline in the prison population at the start of the decade, this number has started to increase in recent years. Experts hope the new reform will help bring this figure down.

The first group of US marines has arrived in Tbilisi to begin training the Georgian military. The programme, Partnership for Peace (PIP), in which the United States trained the Georgian military, was interrupted last August at the outbreak of war in South Ossetia. The US-Georgian partnership was, at that time, explained as being a necessity to modernise Georgia's armed forces for its accession to Nato. The same goal was assigned to Tbilisi's taking part in operations in Iraq, where the number of Georgian troops comes second only to the troops from the US and Great Britain, and is only slightly less in Afghanistan.

Russia, long before last August's hostilities, expressed its suspicion regarding the real goal for training Georgians: Tbilisi is preparing for a military solution to its territorial problems.

Georgia's minister of reintegration, David Yakobashvili, told Nezavisimaya Gazeta: "The newly resumed US-Georgian military partnership is not directed against Sukhumi and Tskhinvali. Moscow should, instead, worry about the fate of half a billion dollars that it's planning on investing in the militarisation of occupied Abkhazia."

In November, plans call for one Georgian squadron to be dispatched to Afghanistan.

Pentagon spokesman Geoff Morrell said that Georgia wants to become part of a peace-building mission in Afghanistan and the US is ready to assist Georgia in that. According to Morrell, prior to making its decision, the US administration consulted Russia about the training programme in order to avoid any misunderstandings. He noted that training of Georgian troops should not worry Moscow because the programme does not include practising for military action against major military forces, such as Russia.

"We were very honest with our Russian colleagues regarding what we were planning on doing in Georgia," noted Morrell.


Full versions of the articles - and more - can be found at www.russiatoday.ru