We'll do whatever it takes to contain it 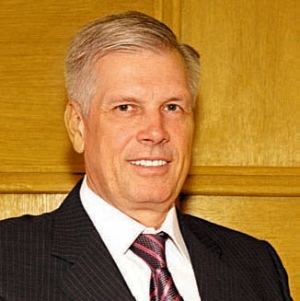 Russia has created an effective barrier against swine flu. The H1N1 virus will not spread here before mass production of a vaccine starts in November, believes Sergei Dankvert, head of Russia's Veterinary and Phytosanitary Service, who talks to Vladislav Kuzmichev from Russia Now.

In 2005 following an outbreak of bird flu, it became evident that the spread of the H5N1 virus could have severe consequences. Since that time, we have closely monitored every outbreak of bird flu around the globe. In 2005, we were able to predict that a further recombination of the virus would be particularly dangerous, generating a new form of human flu based on the fusion of human, swine and bird flu. The spread of such a new virus could be disastrous for humans.

A recombinant virus, H1N1, which incorporates genetic material from swine, human and bird flu originating in Asia, Europe and America has indeed emerged and is spreading to other countries and continents. Luckily, there are as yet no fragments of H5N1 in the new virus, and we are faced with a less dangerous form of the disease.

However, the effects of a new wave of the epidemic, expected in autumn, may be much worse. New mutations are possible that will make the virus more transmissible (human-to-human) and pathogenic ( more harmful). Currently people tend to believe that the virus is not very dangerous. Few become ill, and only those suffering from chronic lung conditions such as pneumonia, cancer or emphysema, risk dying from the flu. Yet, lung conditions are widespread both in Russia and worldwide.

Moreover, the flu arose here during summer when human immune systems work at their peak and the sun kills the virus. Currently the H1N1 virus is spreading mainly in the Southern hemisphere, where it is winter.

However, in the autumn we will experience rain and mud, and half of the people living in the Northern hemisphere will catch cold. This is when we expect the new wave of flu to hit. The consequences are hard to predict right now. The Northern hemisphere is far more densely populated than the Southern hemisphere, which provides fertile ground for the virus. Winters are also much colder.
The H1N1 virus affecting both swine and humans is spreading rapidly across South-East Asia, the locus of the bird flu (H5N1) epidemic. This increases the risk that a new virus will emerge that would combine the most dangerous features of its predecessors.

Cases of H1N1 transmission from human to swine followed by a spread of this `human' virus among swine were recorded in Canada and Argentina, and this indicates to us that people may contract the disease from infected pigs. Thus, humans and swine have become the transmission media for the same virus, H1N1.
At the first outbreak of the new disease, we immediately took measures to protect the population. We attempted to act judiciously to maintain the country's biological security while continuing to promote global trade. Despite restrictions, the volume of pork imports into Russia from the US actually rose. Unlike China or Ukraine, Russia did not impose indiscriminate bans but rather targeted the states that had been hardest hit and only during the rapid spread of the virus. We have been much more flexible than many other countries.

This flexibility is exactly why our bilateral trade has not suffered. The US authorities recognised this fact themselves, although they applied considerable pressure to discourage any restrictions at all. They argued that the WHO did not recommend imposing bans and that Russia's limits were viewed negatively by American pork producers. Regardless of our positive feelings toward America, public health interests in Russia outweigh the commercial interests of American pork producers.

Many wonder why we imposed these restrictions when the World Health Organisation announced sometime in April or May that the pandemic, as well as the penetration of the disease into any country, could not be stopped. We clearly saw that Russia would not be spared and did not try to isolate the country from the rest of the world in order to avoid exposure. Being realistic, we set a practical goal: to postpone the spread of the epidemic into Russia until mass production of an H1N1 vaccine could begin. The longer we keep the virus outside Russia, the more likely it is that a treatment will become available and the population will suffer less during an outbreak.

We have achieved the goal and we are now confident that the H1N1 flu will not spread throughout Russia before a vaccine is available - actually, production has already been launched, but mass production will require at least four months, beginning only in late November.

Restrictive veterinary and medical precautions have already helped Russia gain almost three months on the epidemic. Moreover, no Russian business interests have been negatively impacted by the measures, as we announced the measures on our website. Trading companies do not deal with just one meat producer, but work with large companies that have dozens of factories throughout the USA.
The complications that did emerge resulted from a lack of trust on the part of American veterinary authorities, who spent considerable time debating what we considered to be petty issues instead of participating in a fruitful dialogue. This prompted us to take harsher measures. For instance, we initially banned the import of all meat from the States, as we had no information regarding health monitoring procedures for slaughterhouse employees. Meat preserves flu virus. If an infected person in the US sneezes on a steak, the virus will survive all the way to Russia.

Yet, instead of providing information, which would help us quickly analyse the situation and lift any unnecessary restrictions quickly, the American authorities insisted for two and a half months that there were no grounds to assume flu virus may be preserved in frozen meat. It was not until July, when President Obama was due to visit Russia, that the information was provided. Russian regulatory authorities were satisfied with the American health monitoring system and promised no further limits on poultry or beef. It was necessary to pressure American authorities to obtain information in the best interest of American meat producers.

We are committed to maintaining a dialogue with business, Russian and foreign alike, and our counterparts in countries exporting food to Russia.
America is no exception. During the last session of the International Epizootic Bureau in Paris we invited Russian and American meat producers to meet and suggested a round table with the US administration in order to explain the challenges we are facing and what measures are being taken by the Russian and American authorities.

The round table took place, but American officials offered little in the way of participation and left the meeting. Such was their reaction to the unanimity of both American and Russian businesses criticising American veterinary authorities for inefficiency and slowness. American businesses went as far as saying that it was easier for them to deal with the Russian veterinary watchdog than with their own regulators.

We also feel the performance of the American regulatory authorities was inadequate. Moreover, we have seen some foreign media reports alleging that the H1N1 virus emerged in California rather than Mexico. If that is true, the fact would make the American authorities look even less efficient.

One way or another, a pandemic appears to be on the horizon. A forecasted 60-70 per cent of the global population will contract this disease. Fatalities are expected to double from 200,000 to 400,000 people annually. The virus that is spreading now is predominantly located in the nasopharynx and airways. However, in congested groups of population, i.e. in hospitals, army units, or schools, the virus may be passed, generating a strain that is located in lungs and leads to pneumonia, the main cause of mortality during flu epidemics. If this happens, the death toll could reach millions.

Countries suffering from malnutrition and a relatively cold climate will be hardest hit. Thus, equatorial Africa is unlikely to be harmed, while for the North and South of Africa, with rainy seasons, rather low temperatures and malnurished populations, the impact could be disastrous. South-East Asia. Russia and Scandinavia are also in the risk group.

It should be borne in mind that if Russia's swine population is infected, the virus will further spread from swine to humans. This is particularly dangerous, given that nearly every rural household in Russia owns at least one pig.
As a matter of fact, thoroughly cooked pork is safe to eat, as the virus is killed within minutes at temperatures over 72 degrees. But raw steaks and pork barbecue may be dangerous.

Approaches to biological security vary from country to country. Russia and the UK, for example, have very different systems of veterinary control. Russia concentrates on prevention designed to contain the spread of infectious diseases and based on simple and natural bans: it is not safe to eat unwashed fruit or touch food with unwashed hands; infected animals must be isolated... We have been criticised for overly restrictive measures, but these bans are instrumental in supporting biological security. Incidentally, Russia had only six cases of foot-and-mouth disease, all of which were contained within the primary locus. The more liberal English, however, prefer the `wait and see' strategy. Wait and do nothing. We all know the outcome - in the past fifteen years Britain has been the locus of many dangerous infections, including foot-and-mouth disease, spongiform encephalopathy and blue tongue.

There is no doubt that the H1N1 pandemic will affect the global meat market. US pork consumption has already dropped by 18 per cent, while exports have fallen by as much as 30 per cent.

Having said this, we simply do our job, which is not an easy one. We live in an extremely open world, and this openness makes us more vulnerable. Hundreds of millions of tons of animal products and many millions of animals are transported in all directions, people are moving all across the globe, and diseases that affect both humans and animals are spreading. All this adds to our burden and prompts us to look for more effective and rapid solutions to new challenges.