Merrill Lynch: After a year of global financial crisis and economic downturn 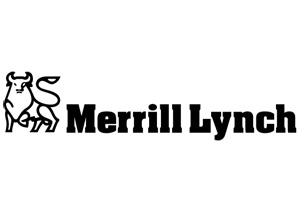 With the global financial crisis passing its first anniversary, Business RT spoke with Yuliya Tseplyaeva, Chief Economist at Merrill Lynch, Russia and CIS, about how Russian economy has coped.

What lessons should Russia take from the year of crisis? How successful was the Government programme?

Well, first of all, I can't fully share the view that crisis began in August. In Russia its beginning was delayed and, clearly, in August we were much more focused on the Georgian campaign, rather than on the crisis. Oil prices remained pretty high in August and economy performed well. Markets experienced the first pressure from negative news, including global news, and market turmoil advanced the crisis, in the real sector. So, I would say, in Russia a fully fledged crisis started in October with the so called gradual devaluation of the Rouble. So, at that moment people clearly understood that the situation was wrong and we were sliding into a crisis.

And, looking at the response of the Government, I think, the idea was perfect and all the measures the Government planned to do were very adequate. The weak part of the problem was implementation, which wasn't sufficiently quick, in particular, the fiscal stimulus. The government went into the year 2009 without a budget, and approval of the budget was quite a long process, and finally we got the 2009 budget only in the beginning of May. So, as a result, the first half of the year was lost, and only now do we see steady anti crisis efforts from the Government. This is why recession in Russia was much deeper than in other countries.

When, do you think, will the Russian economy start recovering?

First, I'd like to stress a different nature of the very notion "recovery" for Russia. We won't come back to the previous paces of growth of about 8% annually, and with the average oil price of $70 per barrel won't show the Russian miracle that we had before. So, recovery for Russia is a return into positive territory. And in these terms, we think, the recovery in Russia has already started, but from a very low level. In year on year terms, the recovery won't be very visible for a while, so now we are looking more at month to month and quarter on quarter statistics. Furthermore, in the case with our country, unlike the majority of others, credit markets are likely to lag rather than lead the economy. I mean, the real economy will recover first and only after that will credit follow.

So, we think, there are some early signs of the recovery in Russia. We saw improvements in May - June, namely in real wages, real disposable income, we saw industrial production rebound in month to month terms in June, the consumer sentiment index increased 3 percentage points in the second quarter versus the first quarter. In fact, I wouldn't say a recovery has aggressively started, I would say, bottoming out finally was reached.

What is the main driver of Russia's economic recovery?

The main reason for Russian recovery is the oil price and with high oil prices Russia will recover faster. So, if oil prices continue growing, and this is our forecast as we are optimistic about oil and expect $75 per barrel for Brent next year with an increase to $82 per barrel in the second half of the year, then the outlook for Russia's economy is also optimistic.

Do you think the time has come for Russia to start fighting the complete oil dependence of its economy?

Indeed, my colleagues often say that Russia's economy is too boring. If you want to forecast the market, it's enough to track the oil price. And since the end of 2008 we've been especially proving the fact. There are still some fluctuations in the market, as sometimes oil production becomes absolutely unprofitable but the overall situation is quite favorable, and the current crisis is far lighter than that in 1998, when Urals oil cost $9 per barrel. Actually, the dramatic oil dependence of Russia's economy is one of its main problems, which, in fact, creates a number of others, like inefficiency and poor competitiveness.

What is your forecast for this year and 2010 in terms of GDP, inflation and unemployment?

We expect that this year GDP will drop 7.3% due to the heavy recession in 1H with a 10.2% fall, which means even a recovery in the second half of the year isn't sufficient for annual GDP to grow into positive territory. In 2010 we expect a recovery of 2.4%, and this is slightly above consensus, with the further growth in 2011 at 3% on the back of stabilizing oil prices.
As for unemployment, which is a very important indicator from the social point of view, we expect it to rise in the second half of the year totaling to 11% for 2009. But this will be the consequence of the previous crisis effects, I mean not a new factor. So, in our view, in 2010 the situation will start improving with unemployment contracting 1.5% to 9.5%.

And we are quite optimistic about the inflation trend this year and the next. We expect 9% in 2009 and I would like to comment a bit on it. Usually my local clients ask me about the reasons for such optimism about inflation when oil prices are growing so fast, and actually they expect inflation above 12%. My foreign clients ask me why we don't assume strong deflation in Russia, because domestic demand has been shrinking. In this case I always say that the combination of these factors does matter, but I personally don't believe in a deflation scenario except in the period from August to September, when deflation will be driven by seasonal factors. M2 growth remained negative year on year and we believe it will help to slow inflation but, on the other hand, tariff growth was quite significant this year and the Rouble devaluation also fueled inflation this year. So, we think a 9% figure for this year and next year it will be possible to reduce inflation to 8%. Not that dramatically, but still, to reduce it on the back of much more modest tariffs plan and Rouble appreciation.

And what about the prospects for the Rouble?

We are quite optimistic about the Rouble. We believe in its technical correction in 4Q this year, Rouble slightly weakening against the basket. But then we expect the Rouble to appreciate. And, I think, this is very positive for consumers, even though producers complain. And this step is very natural for the Central bank, I mean to use the crisis to promote a floating exchange rate regime. In fact, I don't think it will be implemented in 2010.

Furthermore, Russia's Central Bank plans to introduce a floating exchange rate coupled with inflation targeting. Though, I'm not sure CB is really going to do what it says, I think this is a good plan, as uncertainty about the Rouble will become a constraining factor for investors in times of huge oil Revenues.

What do you think about the possibility of a second wave of the crisis?

I don't think there's a serious threat of a second wave of the crisis for Russia's banking system, as it's too small and our population is actually not heavily indebted, with bank credits to households comprising just 10% of GDP. According to S&P data, in 2009 and 2010 we'll need about $40 billion to recapitalize the banking sector, which is quite realistic. So, we think, another wave of banking crisis is quite an unlikely scenario."

People today wonder whether Russia's Real estate market reached its bottom? What do you think?

Historically, some 12 to 18 months from the beginning of a crisis the real estate sector reaches its bottom. So, I think the bottom in Russia is yet to come. And today the difference in prices between high and low class housing, that, surprisingly enough, wasn't that big before the crisis, is starting to grow, which is quite fair, I think."

What changes did the year of the crisis bring to Russia's economy?

Well, for the first time in a decade our country shows a budget deficit, which is making Russia borrow heavily both inside the country and abroad. The Government forecasts borrowings will total some $18-21 billion for the coming 3 years, amounting 16.5% of GDP in 2012, which is another burden for the budget, actually. No other country borrows that much. And if, before the crisis, foreign money was quite easy to obtain, on the back of Russia's growing credit ratings and a huge Reserve fund, that was a sort of collateral for foreign investors, then, today, it has become much more difficult, as Russia is no longer that attractive. This means we'll have to be particularly careful choosing the investment programs to borrow money for.

Frankly, I think we didn't take much of the opportunity any crisis provides. I mean there wasn't an active clearing of the banking system, we don't have a particular plan, and our Government's plans have one significant drawback: its plans are too long term, and this "too much and too quick" policy could bring a lot of damage.