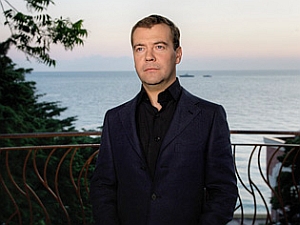 Germany and France recently announced their latest victory over the crisis. Both countries showed slight economic growth of 0.3pc over the summer months. Enthusiasm that they had pulled out of recession revived stock markets, fueling their upward climb. In actuality, there is no reason to start talking about the end of the recession.

The positive figures only reflected a seasonal spike - one that happens every summer. The holiday season is always accompanied by a jump in consumption. And many stores, which during those months did not place new orders, simply exhausted their inventories. Now they are ordering goods, and when their inventories are full the situation will seem bad again. More important, the market is absorbing large amounts of cash allocated under state anti-crisis programmes. The crisis will take over once those resources are spent.

The people who are the most vocal about the end of the recession know as well as I do how bad the current state of affairs really is. But they are making optimistic speeches with full knowledge that their words will very soon be contradicted by actual events. What is the reason for this rash and essentially infantile behaviour?

It is most likely because no one - neither in Europe, Russian or the United States - knows what to do about the crisis. People who proclaim the end of the recession are trying to wave a magic wand at the turmoil in an attempt to influence the markets. They are playing up any hint of a positive trend as a dramatic psychological breakthrough. Psychology here is important because the dominant neo-liberal doctrine, which sees no systemic reasons for the crisis, attributes the turmoil to a lack of investor confidence, mistakes by regulators and even coincidental fluctuations in the economic environment. When the consequences of the mistakes have been corrected and the negative environment is balanced with an injection of state funds, only one psychological factor remains: upbeat rhetoric to restore confidence.

The politicians and businessmen who are declaring the good news don't really believe what they are saying. Instead, they sincerely hope that their announcements are enabling the economy to recover.

However, the recent announcements of emerging growth in Germany and France came out at the same time as data on the prolongation of the recession in Eastern Europe. EU statistics unequivocally demonstrate a contrast between the West and the East. The Eastern results are pulling down the EU's general indicators, hindering the promised restoration of consumer confidence.

As everyone knows, the overall speed of a fleet is measured by the speed of its slowest ship. In other words, the East's problems are hindering the overall EU economy. Nothing will change until the EU "ship-states" rearrange themselves in a long line. If you don't look at the others, it is possible to improve your efforts to gather speed.

When this summer's economic revival turns into a seasonal decline in the autumn, discrepancies between the "old" and "new" Europe will grow further strained. The need by East European countries for help from the West will steadily grow, and the opportunity and desire by the West to present such help will just as steadily decrease.

The stabilisation in the West and the collapse in the East are tightly interconnected: There are not enough resources for both sides of Europe

If the statistical data for the first half of 2009 reveal any surprises, they are the growing cracks in a united Europe and a brewing political crisis over how the European Union has expanded over the past 15 years.

Boris Kagarlitsky is the director of the Institute of Globalisation Studies.