Making plans for life after the crisis 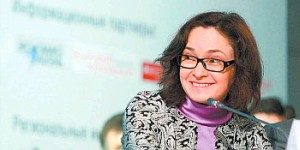 Economic Development Minister Elvira Nabiullina explained that the programme aims to gradually reduce anti-crisis measures and the budget deficit, and boost some of the most important economic sectors, including housing, transport infrastructure, hi-tech and competitive consumer products.

The time has come to replace emergency anti-crisis measures with normal market mechanisms, Nabiullina said. It is all the more important for Russia to give priority to cutting the budget deficit and curbing inflation - the two major factors impeding the emergence of the "long money" needed for economic modernisation.

What is challenging is that modernisation is needed urgently, while it will take years to rein in inflation. So the government plans to return to "development institutions" (state institutions and corporations in strategic areas), at the same time encouraging private business to participate.

The economy ministry is focusing on several sectors and preparing specific proposals. Housing construction will be boosted by stimulating demand through tailored mortgage subsidy programmes. Preliminary calculations only cover inexpensive housing priced at no more than 30,000 roubles per square metre. Nabiullina said the price was normal and economically justified, hoping that developers would find it acceptable. The programme will take effect in 2010 or even earlier, she promised.

There is potential for growth within consumer goods, with up to 50pc of demand currently met by imports, according to the economy minister. Support will also be provided to the national automobile industry.

Innovative business projects are also high on the agenda, though it is uncertain what specific measures will taken. Tax incentives for selected sectors is not the best way to support business, Nabiullina said. Today, most national governments favour neutral taxation systems. Yet, given Russia's particular challenges, the government should perhaps consider tax stimulus measures, provided that tax administration levels are raised and "black holes" in the tax system eliminated, Nabiullina stressed. Energy efficient companies appear first in line for tax incentives.

As for plans to reduce the budget deficit, this won't be achieved through indiscriminate spending cuts, the minister pledged. Emphasis will be made on boosting the efficiency of government spending, along with qualitative changes in education and healthcare.

Yet secondary targets will have to be suspended, with particular attention paid to the selection of priority areas.