Moving away from the bottom 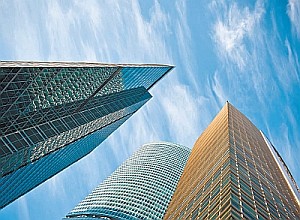 Economic growth, interrupted by the financial crisis, is expected to resume in Russia

In May in seemed that Russia was approaching a turning point in the crisis and was likely to start to recover. This is exactly what happened during the summer as production, investment and consumption have embarked on a recovery path. A stable rouble and falling inflation let the central bank cut policy rates, which might bolster credit growth in the coming quarter.

In the summer the economy has embarked on a recovery trend and has probably gathered momentum for a good step forward. Investment edged up in July, taking the lead from net exports. Consumption has also demonstrated first signs of recovery and may catch up on a large budget stimulus coming in December and a likely turnaround in unemployment.

Monthly GDP growth accelerated to 0.5pc in July from 0.1-0.4pc in June and remained flat in August despite some deceleration in industrial production growth. As the latter was driven mostly by one-offs (mainly the planned summer closure of Russian car producers) GDP growth is most likely to gather pace in September. Seasonally adjusted, industrial output has been rising since May and increased 2.6pc in May-July, according to the ministry for the economy. VTB Capital's Russian Manufacturing PMI also indicates that the positive trend in the manufacturing sector continues, as the output and new orders sub-indices climbed above the 50-no change mark in August.

Capital investment has picked up probably on surging local bond issuance and better availability of external funding in the second quarter. In July monthly investment growth touched 0.3pc - the first positive number since the beginning of the crisis. Russian corporates managed to place about 445bn roubles ($14.7bn) of local bond this year, 26pc more than in buoyant first half of 2008. Corporate external debt increased roughly by $20bn to $294bn in the second quarter leading to a rebound in capital investment.

Credit growth would be an accelerating power for the peak up in investment. Interestingly, bank credit dropped less than money supply: ie, in Russia we observe the opposite to what happened in the developed countries (where central banks had to pump in liquidity in order to prevent credit from shrinking). One possible explanation is that banks and companies have been able to renegotiate existing loan agreements. And the key reason for this is the absence of a soft bankruptcy notion in Russian law. As such, banks are pushed to extend loans (maybe requiring higher interest rates or better collateral) and companies to accept new terms.

In Russia, if a company goes bankrupt it has to completely halt production, dismiss its workforce etc. Hence banks preferred to hope for an economic recovery that will bail out all the troubled companies rather than to bankrupt their clients.

Falling interest rates on corporate loans is a good indicator that banks see their business as slightly less risky than earlier this year. Russian companies' profitability has also increased substantially, having almost reached last summer's levels. Coupled with macroeconomic stability this is likely to encourage banks to increase lending to companies.

In addition, the government has started to disburse state guarantees and plans to use 300bn roubles ($9.9bn) until the year-end. This is also likely to contribute to credit growth in the fourth quarter of 2009. It's also worth noting that banks distributed about 430bn roubles of loans in the summer months, falling short just 70bn roubles from the 500bn roubles target set by Prime Minister Vladimir Putin.

The Russian government itself might also refocus on investment. The recent accident at the Sayano-Shushenskaya hydro power plant (HPP) might act as an additional catalyst for modernisation of the outdated infrastructure. If in the 2009 anti-crisis budget the government cut primarily capital expenditures in order to meet its social responsibilities, after the recent accident the authorities decided to revisit the country's largest infrastructure projects .

Consumption is also reviving as retail sales and services data indicate. Monthly retail sales have been flat since May, passed the trough in February and finally advanced 0.1pc in August. Interestingly, rapid rouble devaluation likely pushed spending higher in January as people rushed buy durable goods to preserve the value of their rouble savings. Activity in the services sector substantially picked up in August, suggesting that overall consumption has probably started to recover. VTB Capital's Services PMI rose from 48.5 to 52.2 in August, posting the first above 50 reading since September 2008.

The government plans to spend about 1.5 trillion roubles in December (this compares to the average monthly expenditures of 701bn roubles this year) with about 500bn roubles on a 36pc increase in pensions and other benefits for pensioners.

The size of this stimulus is similar to the 650bn roubles ($27bn at that time) that the government spend from the Stabilisation Fund in November 2007 to save the banking system from the liquidity crunch. Remember that the newly created government corporations (Rosnanotech, Housing Corporation, VEB) got these funds as injection into the capital and placed them on deposits in banks. Coupled with higher oil prices and loose monetary policy this stimulus led to more than 8pc year-on-year GDP growth in 1H08 and to a surge in inflation.

Declining unemployment and rising number of new vacancies provides the ground for optimism on consumer demand revival. Unemployment peaked in February at 9.5pc and has been steadily declining to 8.1pc in August. While a part of that decline was undoubtedly seasonal, unemployment has most probably passed its peak and is to increase only marginally in the autumn.