Who on Earth stopped Hitler? 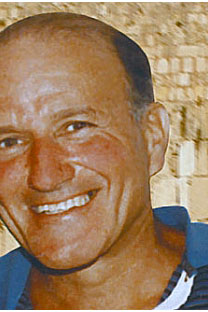 Albert Axell: a champion of the Soviets Union's war efforts

Albert Axell, the American military writer, historian and author of Marshall Zhukov: The Man Who Beat Hitler, explains just how much the West has undervalued the Soviet Union's contribution to victory over Nazi Germany in the Second World War.
Do you believe people are still interested in WWII, which was over a fairly long time ago?

My friend, a British professor, told me about a survey that revealed striking ignorance: 95pc of young people in the UK believe Germany was an ally of their country in that war, whereas the Soviet Union was the enemy. Today most Americans know nothing about Marshal Zhukov. And neither do the British. Yet I would like the contemporary generation in the West to fully realise to whom we owe our existence. That is why I wrote my books.

By writing your books you tipped the balance so heavily towards recognition of the role of the Soviet Union in winning WWII that a number of generally loyal observers were rattled. I heard British historians and journalists say that, although until recently the role of the USSR in WWII had been understated, you promoted it to the point of exaggeration.

I can responsibly say that most Western historians who are not politically engaged do share my point of view. No other nation in the world was prepared for such a heroic effort and sacrifice as the people of Russia. In Great Britain, WWII claimed about 300,000 soldiers and civilians, whereas the Soviet Union lost about 27m. Is it possible to "exaggerate" the price the Russians paid for the victory?

Fifty years of Cold War left their mark, with the Iron Curtain making the Soviet Union appear non-existent. Only a chosen few knew what really happened in that country or in any other Communist nation. I was astonished when I once opened Encyclopedia Britannica in Taiwan at the time of Chiang Kai-shek's presidency and failed to find a single word on Mao Tse-tung.

Once I was invited to talk on BBC Radio 4. The second invitee was presented as "an authoritative military historian", Antony Beevor, who wrote Berlin: The Downfall, 1945, where he portrayed the Red Army as the looter and rapist. This historian says that when Soviet troops pushed into Germany, Russian soldiers raped two million German women. He quotes a source saying: "Russian soldiers were raping every German female from eight to 80." What a perfect statistic: every female - nobody needs any proof!

Joseph McCabe, a British historian and intellectual, rightly seen as one of the most outstanding minds of the 20th century, said the Second World War was the greatest crisis mankind had lived through since the fall of the Roman Empire. And Russia, according to McCabe, led the way in overcoming that crisis. Military historians believe Marshal Zhukov changed the course of history. By the end of the war, Georgiy Zhukov was so popular in the Allied countries that many in the West joked that Zhukov could win a presidential election in the United States. In any case, if Georgiy Zhukov had taken over as the head of the Soviet state, the Cold War could have been avoided, or not as cruel and protracted.

You often hear that the Soviet Union won the war by the ruthlessness of its commanding officers, who sent soldiers to their death in large numbers, rather than by the intellect of its generals. In other words, it was a case of being outnumbered, not outsmarted. Would you agree with that?

No. That war could not be won in any other manner. It was impossible to stop Hitler without heavy human losses. France, which had one of the strongest armies in Europe, surrendered after six weeks of fighting. The Soviet's Brest fortress held out for more than a month with a small contingent. Yet if the French had made similar self-sacrificing efforts and resisted longer in their "fortress", the Russians might have sustained less prohibitive losses.

Lest we forget, here are two major points: first, we in the USA and Britain, unlike the Russians, were not fighting an enemy on our own soil. If we were, I am certain we would not treat the invader inside our house with kid gloves. Second, Hitler had an evil plan to liquidate up to 100m Slavs, in addition to Jews, gypsies and other alleged "sub-humans". This is the fundamental difference between what the Soviet Union had to take on compared to others. When the Allies were struggling in the Ardennes, Churchill called out to Moscow: "Please, help us!" and Stalin, with Zhukov, came to their rescue by stepping up pressure on the Eastern Front. The offensive meant yet more tonnes of Soviet blood. But they helped the Allies. Churchill appreciated that, and thanked the Soviet Union.

What do you think of Josef Stalin?

Today, many argue that Stalin was worse than Hitler. This obviously has little to do with reality. Whether you like Stalin or not, you should have the decency to acknowledge the facts as they are. Stalin faced perhaps the most daunting task in history of dragging the country he led from the backyard of the world almost overnight, and catching up with leading nations to reach a level which enabled Russia to win the Second World War. If Soviet Russia had failed to rise from its knees, it would have been eliminated. Many innocent people suffered during Stalin's rule. One thing is, however, clear: under his leadership, Russia, which previously tilled its land with wooden ploughs, became a nuclear superpower. That speaks for itself.

Do not listen to those who don the evangelical mantle and preach that Russia should be ashamed of its history in the 20th century. Sadly, a fairly large number of Russians took this "shame" seriously, and began to defame their own past, forgetting, among other things, about their feats of arms during the Second World War. Remembering your victories and your heroes does not mean indulging in nostalgia. It means realising what Russia is capable of. And, as history has proved more than once, Russia is capable of achievement inspiring admiration across the world.