Playing the global game with the WTO 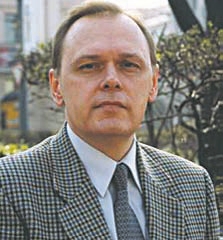 This idea took shape in the early 2000s, and Russia's interest has not wavered. Today, the issue is back in the spotlight; not just for Russia, but also for the WTO partners involved in accession talks. There are two important factors: the global economic crisis, and the creation of a Customs Union involving Russia, Kazakhstan, and Belarus - who would all like to enter the world trade family simultaneously.

The economic crisis has affected politicians and people all over the world. However, not all measures in response to the global downturn have turned out to be the right ones. At the beginning of 2009, there was a widespread belief in Russia that the country was lucky to be outside of the WTO on the grounds that, otherwise, it would have been much more difficult to introduce protectionist measures. However, the idea lost its appeal just as quickly. It appeared that many of the measures aimed at protecting the domestic market failed to produce the desired effect. In this sense, Russia's non-WTO status is unlikely to have helped it through the crisis.

Some economists were close to predicting the collapse of global financial and economic institutions, including the WTO. But it was the WTO which warned the G20 leaders of the danger of excessive protectionism. The conclusion was based on results from monitoring protectionist measures taken by national governments. If national governments manage to create a system of global governance - an idea which took on added importance during the crisis - the WTO is likely to play a vital role. All addresses by Russian leaders at this year's international forums send a clear message to the world community that Russia is ready to participate in creating a global governance system. This means that Russia has no choice but to join the WTO.

Russia needs to thoroughly modernise its economy, a need that became particularly apparent with the onset of the crisis. Foreign trade revenues have dropped sharply, which is understandable, given the substantial decline in prices for oil and gas - Russia's key exports. Will Russia be able to diversify its exports? Put simply, it must do so, or it will come to a dead end, as President Dmitry Medvedev has repeatedly said recently.

Export diversification is just one part of the total effort to modernise the national economy: neither is possible without WTO membership. It is possible to encourage competitive production, but finished-product markets have long been divided, differentiating them from raw-material markets: it is impossible to penetrate them without joining the WTO. In turn, modernisation paves the way to international markets for goods, services, and intellectual property, and, significantly, on an equal footing. Again, this requires WTO entry.

If Russia stays out of the WTO, Russian producers and exporters will face increasing difficulties in international markets. WTO membership will provide an opportunity to enter new markets, offering the potential for significant increases in export revenues.

Without WTO membership, Russia will also lose out from failing to participate in working out new global trade rules. This is exactly the situation we see given Russia's absence at the current WTO Doha round. Moreover, if Russia fails to join the organisation before the end of the negotiations, it could face updated requirements for accession which, in turn, will lead to a new round of discussions.

Russia wants to be a predictable trade partner, relying on WTO principles and rules. This is vital for Russia's key trade and economic partners - in the first place, the United States and the European Union. The speedy conclusion of the Russia-WTO talks is possible. It seems that the delay, connected with the accelerated creation of the Customs Union within the Eurasian Economic Community is over, and all related legal and technical problems can be settled within reasonable time limits. Thus the conclusion of the WTO entry process largely depends on the political will of Russia's major trading partners.