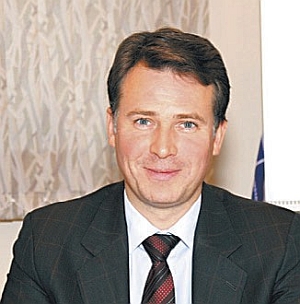 The fixed-line industry is a rare sector of the Russian economy that has capitalised on the current financial crisis. While economising on entertainment outside the home, people began to talk more on the phone, surf the internet and watch pay TV channels. Sergey Pridantsev, president of fixed-line operator Comstar UTS, elaborates on the current situation in the telecom industry.

How has the crisis affected Russia's fixed-line market?

Before the crisis, Russia's telecom sector had been showing impressive growth, on a par with the oil industry. This was quality growth, not linked to the sale of natural resources or external market conditions. The industry was expanding its client base, building a strong reputation and credit history.

Russia's telecom sector did not feel the crisis until 2009. It was only in the first half of this year that the credit crunch began to tell on telecom operators. But the market is working again now, with telecom companies able to borrow from large Russian banks at an interest rate of 16pc. This is much better than most industrial clients enjoy (typical rates exceed 20pc).

Most loans are denominated in roubles and come from Russian banks. The telecom sector is one of Russia's few industries aimed at a qualitative and innovative growth. Therefore, despite the crisis, banks readily lend to telecom operators.

How have sales changed during the crisis?

Landline operators have not lost, but rather even capitalised on the crisis. Many Russians cut expenditure on entertainment outside the home, spending more time at home. What can you do at home? Watch TV, surf the net and talk on the phone. Paradoxically, the crisis helped fixed-line operators. Since the beginning of the year, we have seen an increase in landline-to-mobile calls, a rise in internet traffic and greater demand for TV services, especially in the regions. Fixed-line operators showed growth in both the first and second quarters. Based on six-month results, we have a moderately optimistic forecast for the whole year.

Has the crisis led to merger and acquisition activity?

The crisis is a good time for market consolidation, allowing more successful operators to expand their market share both by attracting customers with better tariffs and by purchasing attractive assets at affordable prices. In times of crisis, markets are not overheated, allowing investors to snap up attractive assets on the cheap. For example, in mid-October, MTS, one of Russia's top three mobile providers, purchased a controlling interest in Comstar from AFK Sistema, paying $1.2bn. Before the crisis, it would have been much more: another leading operator, VimpelCom, bought 100pc of Golden Telecom for $4.3bn in the winter of 2008.

The same process is also happening at the regional level, with large operators swallowing up smaller rivals, but we know less about that. The market is consolidating, and the crisis helps.

How many Russians currently use the internet?

This differs widely, depending on the region. Moscow, for example, is ahead of all European capital cities in terms of internet penetration levels, second only to Tokyo. By some estimates, penetration levels reach 70-80pc in Moscow.

There are, however restrictions - especially in times of crisis. Indeed, you need a computer to gain internet access. In Moscow, there are hundreds of thousands of computers, but computerisation levels can be very low in the regions. According to the results of a 2007 survey, only 17pc of regional households own a computer compared to 70pc in Moscow.

The situation is also aggravated by the crisis, and the poor economy has had a negative impact on computer sales.

In Moscow, 512kb unlimited broadband access costs 111 roubles a month (with MTS). This is the cheapest tariff in the world - just five bus tickets. In Sochi, which will host the 2014 Winter Olympic Games, unlimited access at the same speed costs much more, 600-700 roubles. This gap is due to the cost of traffic transfer via trunk lines: in Russia, all traffic goes through Moscow.

To improve the situation, it is necessary to solve the problem of unequal access to infrastructure. But persuading operators to let rivals use their infrastructure will not be easy; it will happen in, but a careful approach is needed. I would begin with non-discriminatory access to trunk lines. The huge difference between Moscow and the regions is that trunk lines are in someone else's hands. If you are denied access, you begin to lay a trunk line of your own. Now think of Russia's size. Everyone is laying costly fibre optic cables, which drives up prices. Today, it is technologically possible to transfer information between cities via a single fibre optic cable, so why lay a cable for each operator? It would make much more sense for operators to build their networks in cities and compete there.

What changes do you expect on Russia's telecom market in 2010?

Market consolidation will continue in 2010, and broadband access will develop.

However, it is too early to offer more accurate forecasts. The 2010 reorganisation of Sviazinvest, Russia's leading fixed-line operator, will change the alignment of forces on the domestic market. A super-player will emerge with major resources, including last mile connections (a distribution network to end consumers). Caution is needed to keep the competition alive. The results of the Sviazinvest reorganisation will determine how Russia's entire fixed-line industry develops.

RN Dossier
Sergey Pridantsev, PhD in economics, was born in 1967 in Moscow. In 2000 he graduated from Stanford Executive Institute and the Russian Academy of Public Service. From 1993 he headed the laboratory of transport and technological robotics at the Moscow Automobile and Roads Institute. From 1995-97 he was a technical adviser to Hewlett-Packard. In 1997 he started working for Lucent Technologies as head of customer service in the Moscow region, and was appointed first deputy CEO. From 2003-06 he was deputy CEO of CentreTelecom OJSC, before serving as CEO from 2006-07. Since June 2007 he has been president of COMSTAR-UTS.