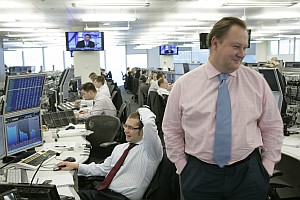 Despite outward calm and continuing reports of stabilisation and growth, the Russian market has been hit by the second wave of the banking crisis. This latest wave hasn't engulfed everyone, though, having had most impact on second- and third-tier banks.

"The second wave of the [banking] crisis is here, but we haven't noticed it," says Pavel Teplukhin, chairman of the Board of Troika Dialog Asset Management.

Retail depositors haven't lost anything - thanks to insurance - and the real sector doesn't feel any different, either: loans remain as unaffordable as they were, with interest rates rising to above 20pc. According to Sergei Sobyanin, deputy prime minister and government chief of staff, some 500bn roubles ($16.7bn) has been allocated in the federal budget and from Central Bank reserves to cope with this second wave.

The first wave of the banking crisis in the autumn of 2008 cost the budget a whopping 3 trillion roubles ($100bn), he says, adding that the money helped prevent the collapse of both the banking system and the rouble. The first wave mostly hit first-tier banks, including investment giant KIT Finance, Sviaz-bank, Globex Bank, Sobinbank, and Bank Soyuz. Some of the cash-strapped banks have been nationalised, while others changed hands.

Like their US and European counterparts, the Russian government and the Central Bank rushed to the rescue of the national financial system, pumping cash into banks (especially those with government participation) and the rest of the financial markets. Those efforts helped nip a broader crisis in the bud. Nevertheless, the flood of cash did not solve the problem of expensive loans, which is the key problem facing the Russian economy during the crisis. It was clear that this would also affect second and third tier banks, especially in the regions, in what was expected to be the second wave of crisis.

The shrinking number of banks will have a negative impact on the quality and price of services. Finance minister Alexei Kudrin said recently that up to 200 commercial banks could be forced out of business. "The restructuring of the banking sector will be a gradual process," he told Promyshlennik Rossii, noting that, over the next two years, the number of banks in Russia could fall by about 50-100 a year. Financial support from the government enabled large banks to restructure their businesses by prolonging loans to key borrowers. Amid continuing crisis and unimpressive performance, massive bankruptcies and management of non-core assets (plants and factories used as collateral on loans and passed to banks in the event of loan default) are in no one's interest, experts say.

The second- and third-tier banks were left to tackle their problems single-handedly. According to rating agency Moody's, overdue loan repayments by corporate borrowers will reach $110bn towards the end of the year, or 20pc of the total loan portfolio. For its part, in May Standard and Poor's projected an increase in overdue loans for 35-50pc of portfolios.

The second wave of crisis differs from the first both in nature and speed. A rapid increase in overdue loans prompts a huge rise in bank capital reserves and a decline in profits, thus undermining liquidity in the banking sector. The transfer of various businesses to banks as a result of defaulted loans will only lead to greater expenses. The two leading state-owned banks, Sberbank and VTB, already own retail chains, real estate and land.

One possible solution could be to create a special bank for bad loans - an idea which is being actively debated. Indeed, many banks are, in fact, hollow shells, devoid of real capital. Their borrowers pay interest, more or less, but principal loans are being permanently refinanced.

Anti-crisis efforts could strengthen the positions of state banks in the banking industry, which many experts see as the worst possible scenario. Indeed, state banks and banks with state participation, are using their administrative and financial resources to compete with their smaller rivals for reliable deposit and lending clients.

This struggle, combined with the repeated lowering of the Central Bank's discount rate, has been instrumental in reducing interest rates on lending and capital markets, also cutting interest margins for medium and small-sized banks, many of which are now teetering on the brink of bankruptcy.

The second wave is unlikely to result in any high-profile scandals with queues of anxious depositors. A softer scenario, whereby small banks would be swallowed by their bigger rivals, is a more likely option.

Meanwhile, now is a good time for foreign players to enter the Russian banking market without creating banks from scratch - which is a complicated and time-consuming undertaking. Potential targets include medium-sized multi-branch banks and captive banks, which large corporations will be happy to shed, as non-core assets, at the earliest opportunity.