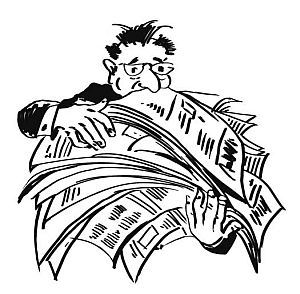 Russia can't seem to come to terms with its past. On the 130th anniversary of Soviet dictator Joseph Stalin's birth, the discussion over his role in history has only gotten more heated. For some, Stalin is responsible for the Soviet Union's greatness. For others, he's a butcher with millions of victims. A recent scandal over the restoration of his monument in the Moscow Metro reveals deep-rooted feelings in Russian society.

How Best To Remember Stalin?
Vlast

Alexander Kuzmin, Moscow's chief architect, announced he would allow a historically accurate monument of Stalin to be placed in the newly-restored Kursk Metro Station. In a series of interviews, we asked prominent Russians how Stalin should be remembered.

Mikhail Shvidkoy, the President's representative for international cultural cooperation: "The question of Stalin is very difficult for me personally. Stalin brought the country enormous losses, and what he did to his own people cannot be justified. On the other hand, tyrants must be remembered as well. Society has to remember: Stalin was a tyrant."

Nikolay Drozdov, TV host: "Stalin is a historic figure, and textbooks have already provided an objective analysis of his role. We need to move away from polarizing society and try to find ways to unite our people through an appropriate national idea."

Vladimir Zhirinovsky, Deputy Speaker of the State Duma: "Stalin's place is on the defendant's bench at a military trial. He should be sentenced to death for all the repressions. There can't be any other place for him today, nor for monuments to him."

Alexander Prokhanov, Editor-in-Chief of the Zavtra newspaper: "Stalin should be sent back to the Kremlin. He recieves so much attention from our people because they have no interest in today's leaders. In the absence of strong, intelligent and decisive politicians, Russians instinctively look toward the past, when the country was great and her leaders were genuine fathers of their people. Stalin is the first among them."

Natalya Narochnitskaya, President of the Fund for Historical Perspectives: "It's impossible to bring back Stalin. We need to make peace with the fact that our entire history belongs to us, and we need not tear certain pages out of it. Restoring a monument does not mean a return to a cult of personality. Monuments to our czars do not advocate a return to monarchy."

Grigory Ivliev, Chairman of the State Duma's Committee on Culture: "I'd leave him in his grave, so no one has to distrub his remains. The man who destroyed his own people and their most talented representatives is not worthy of those generous words that were written about him in an atmosphere of fear and executions. We live in a different time."

Propagandists, Stalin has given the order!
Vadim Nesterov

It seems that recently our life has been dominated by a never-ending series of scandals: First Stalin's words are restored to the Kursk Metro Station, then veterans complain about the "Anti-Soviet" name of a kebab house, then journalist Alexander Podrabinek gets attacked for criticizing those veterans...

The loudest scandals develop over our role in World War II: The victory is the only thing that, diverse as we are, unites all of us. In our ideologically divided country, the theme of World War II has become a common denominator. Victory Day remains the only national holiday whose status is not questioned by anyone, even the supporters of Podrabinek.

Over the past few decades, World War II has become an increasingly sacred theme. Our society's reaction has affirmed that the War's venerable status is natural and genuine, and not ordered from above. Any attempts to challenge the holy picture of our role in the war have been interpreted very negatively, and not by the state, but by ordinary people. It's as if society feels that something very important is under attack, something critically important for life.

This sacred territory of World War II led to a conflict with the image of Joseph Stalin as a tyrant, which was largely accepted in the 1990s, simply because his role in winning the war cannot be denied. One can question its significance and goodness, but can't deny that he alone led the country and its army during that time.

Hence society began to rehabilitate Stalin, albeit in a quiet and gradual way. The problem lies in Stalin's divisiveness: A large segment of the population will never accept his rehabilitation.
Thus the government is left without a way out: it can't move away from the sacredness of winning the War, even if it wanted to, but can't glorify the dictator, either.

Instead of having a controversial historical figure that each person could interpret in his own way, we are left with two polarizing Stalins: a paranoid and talentless maniac and a great victimless leader. One of these interpretations is becoming increasingly popular, and that is very frightening indeed.