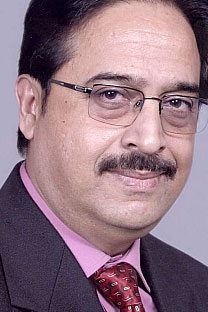 Energy analyst Dr Ashutosh Karnatak wrote a thesis about the feasibility of an Asian Gas Grid, and is an expert on the energy needs of Asian countries. He consulted RIR's reporter in Mumbai about what Russia and India can accomplish in the oil and gas domain.

How has the relationship between India and Russia been in the oil and gas domain?

Any relationship flourishes when they are dependent on each other. Both the partners in relationship make their place in the life of other. It holds true for India–Russian relationship as well. India and Russia have been friendly countries since long, even during the cold war days and it has moved seamlessly forward since 1950. Even during post cold war period, this relationship has continued with reinforcement. Russia’s contributions towards development of Bombay high field of ONGC are unforgettable. The first step of involvement of an Indian company was by ONGC Videsh (OVL), which deals with business of ONGC in foreign countries in Sakhalin-1 project by making investment of the order of ($2.1 bn). Further, another Gas Major of India is also trying to establish links with Gazprom which controls major share of oil and gas business in Russia. It would help India to participate and access to eastern Siberian Oil and Gas sector. Therefore, this bi-lateral co-operation in the energy sector is going to be developed further as India needs energy and Russia has abundant source of energy in the form of oil and gas. It is my conviction that the future relationship is going to bloom and sustain if they are energy dependent.

How much potential does the oil and gas sector have for joint projects by India and Russia?

It is true that India and Russia can participate in oil and gas sector more effectively and can become jointly “Bosses of Energy”. As far as India is concerned, it is an energy starved country. Russian energy companies have major hold of their two giants namely Gazprom and LUKoil. Russia is the major energy supplier to Europe which accounts for 20 pc of western European market. The major supplies of Russian oil and gas production come from fields of western Siberia. Oil accounts for about 30 pc of India’s total energy consumption. The majority of India’s roughly 5.4 bn barrels in oil reserves are located in Mumbai High, upper Assam, Cambay, Krishna–Godawari and Cavery Basins. The Mumbai High field is by far India’s largest producing field, with current output around 260,000 barrels/day. India‘s average oil producing level for 2003 was 819,000 bbl/d was crude oil. India had net import of over 1.4 mn bbl/d in 2003.

As far as India’s primary energy demand is concerned, each fuel’s contribution to the increase of total primary energy supply for the past 26 years, indicated as under:
• Incremental total demand for the next 23 years will be almost twice that of the past.
• Incremental oil and gas demand will be much larger than in the past.
• Although coal’s growth is lower than that of the other fuels and its share declines, it will remain the largest contributor to the demand increase in absolute terms.
• Contribution from hydro and nuclear power will be limited.
So, there will be a shift in the complexion of energy consumption in India. Coal will continue to be the major supplier of energy, though with some decline in growth. Importance of Gas in usage is bound to go up, much more than that of oil i.e. the balance between oil & gas would shift. So, overall there would be a change in the natural of demand. The market share of Gas in the energy mix would go up.

How has the recession affected this sector?

Recession has globally affected the oil and gas sector. Most of countries have resorted to cutbacks in capital expenditure; projects have been delayed or cancelled. It is estimated that global upstream oil and gas investment budgets for 2009 have already been cut by around 21 pc compared to 2008 ,reduction of the order of $100 bn .

Russia needs finances for development of their oil and gas fields. Their oil production will reach its peak around 2010 and then begin to taper off if new fields are not developed. New fields and new reserves are difficult to develop due to Russian large and widely spread areas. In order to develop economy of Russia, energy is one of the sector which can contribute a lot but development of energy fields are capital intensive projects, particularly during recession time when most of the countries are looking for survival High oil prices were the major factor, which has been adversely affected by the collapse of USSR which are $10 per barrel in December 1998 and increase upto $147 in July 2008. It has reached recently to $ 74 /barrel. High oil prices and increase in Russia’s oil production after 1999 has recharged Russian economy as natural resources constitute about 80 pc of Russian export and oil & gas accounts for 55pc of all exports making their economy sensitive to energy sector. Around 37 pc of budget revenues are provided by taxes on oil and gas. As per World Bank and IMF report each dollar increase in price of a barrel of oil raises Russian revenues by 0.35 pc of GDP.

As per Douglus –West wood an energy analyst, “Russia has not been exempt from the effects of the global financial crisis and the industry is set for a period of downwards pressure in both activity and pricing.” which means less developmental and exploration activities. Thus, it is evident that Russian economy is feeling the jolt of recession and reduction of international oil prices. Recession is good for some countries. During this time, the government can think of reforming countries financial structure and do Structural reforms. .

Which were the landmark moments during the Indo-Russian strategic tie up in the oil and gas space?
1. Partnership in Sakhalin project in 2001 when India won 20 pc stake
2. Russian commitment towards Kundkulam project
3. Seminar in Delhi on January 15, 2005 to enable the private sectors of the two sides to explore new areas of cooperation in crucial energy sector.
4. Establishing of Indo-Russian centre for Gas Hydrates ,which was inaugurated at National Institute of Ocean Technology ,Chennai on 12th March 2004
5. Production sharing agreement on block 26 in bay of Bengal on hydrocarbon prospecting ,exploration ,production and marketing in year 2000
6. Signing of Memorandum of understanding t between ONGC and Gazprom on Feb 21, 2005 envisaging the cooperation in hydrocarbon processing, trunk line construction and operation.
7. Participation of gas pipeline companies like Rasnaftogaz (RNGS) and Strotransgaz (STG) in construction of high pressure gas pipelines in India.

Which are the challenges both the countries have to overcome in order to achieve greater heights in the future?

Ownership of natural resources: Both the countries could join hands in sharing of resources. Let Russia be the supply centre and India be the consumption centre.
Foreign investment and/or foreign participation: In case Russia needs to develop its economy, foreign participation has to be encouraged so that untapped resources could be developed and gets commercialised.
Provision of appropriate connecting infrastructure for production and consumption Centers: Huge finances would be required by Russian government so that production systems, refineries, etc could be developed. In the same way, India also requires to develop infrastructure like pipelines for transportation of oil and gas.
Appropriate regulatory environment: Like in India, for gas distribution, regulator is in place, whereas in Russia, such regulatory environment is yet to be developed.
Harmonizing tax structure: Taxes and duties are essential for any cross border trade and whenever one country participates in other country development, harmonization of taxes gets attention .The goal of harmonisation is to remove the uncertainty of local law and regulatory regimes. The process of regulatory harmonisation depends on the legal, commercial and cultural similarities of the exporting and importing countries. In case of participation of one country in the business of other, there would be multi party agreements which are subjected to serious political and commercial risks.
Multi-party project agreements raise concerns about the extent that the respective governments are willing to give undertakings regarding:
Waiver of sovereign immunity
Whether foreign law will control the interpretation of the agreement
Performance guarantees and credit support for state-owned enterprises and
Consent to participate in and be bound by international arbitration and dispute resolution procedures rather than invoking the jurisdiction of its courts.
Development of clean energy technologies: In the recent summit of G8 countries, IEA has been advised to develop a series of technology road map which seek to identify steps for development of commercialization of 19 key energy technologies which are predominantly clean technologies which may contribute towards national energy security, economic development and helping in reduction of GHG emissions.

How do you foresee the Indo-Russian partnership five years from now?
India is emerging as Asian giant, whereas Russia is a Eurasian nation which has regained its status as one of the most powerful global factors after disintegration of the Soviet Union. The relationship is time tested and in next five years, they are going to further be deep rooted in a reformed manner, which will have significant regional as well as global impact. It’s imperative for India and Russia to participate in the development of non-renewable sources for Asian countries. The broad areas may be:

1. Development of Asian Gas Grid (AGG): Asian Gas grid is a proposed gas pipeline that will connect various Asian countries for gas transportation. The proposal is to develop Asian Gas Grid connecting India with neighboring countries; the proposed grid would be able to fulfill the need of fuel in Asian Countries, sourced from Russia and Turkmenistan delivering to India, Myanmar, China and ASEAN countries. Asian economies including China, India and South Korea are currently growing at rates far higher than the US and Western Europe. This trend is likely to continue in the future provided supply of energy is secured. Asian countries, particularly China and India are expected to account for a major portion of the incremental energy requirements of the world. China, India and other emerging Asian economies are together expected to account for 47 pc of the world total incremental energy requirement between 2000 and 2020. Asian growth centers may have access to abundant potential supply of gas from Russia, Middle East Countries and other former Soviet Union Countries. Access to this gas can be achieved through the proposed AGG, though several obstacles exist. Russia can mediate with all the countries to make this Pipeline project happen so that energy can flow from west to east and of course it would benefit
2. Development of renewable energy sources
3. Development of Nuclear Power in India
4. Opening of domestic market for international players in acquisitions, participations, etc
5. Exporting Sakhalin oil and gas to neighboring countries
6. Participation in hydro-electric and thermal power project.