"Climate change no good for any country, even Russia" 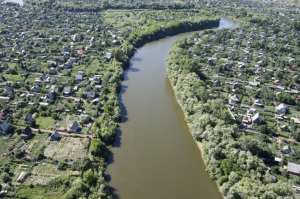 Climate change which the planet is likely to face in the 21st century would provide direct benefits to no country, although producers of energy efficient equipment could benefit from it, a corresponding member of the Russian Academy of Sciences said.

"I am completely sure that climate change itself would be beneficial for no country, including Russia," Victor Danilov-Danilyan said during an online conference organized by RIA Novosti in preparation for the UN Climate Change Conference in Copenhagen.

"That is why for us, as well as for everybody, the meeting in Copenhagen is very important," the expert said.

He said, however, climate change could be beneficial for companies, which would address changing market requirements by producing energy efficient equipment.

The climate talks in the Danish capital are widely expected to see the singing of a new international document to replace the Kyodo Protocol on climate change, some elements of which expire in 2012.

However, Danilov-Danilyan said a legally binding agreement on the reduction of carbon emissions is unlikely to be reached during the conference, adding "summit participants are more likely to just outline principles and directions for a post-Kyoto framework."

Alexei Kokorin, who heads WWF Russia's Climate and Energy program, said that if the countries - participants of the Copenhagen summit - reach an agreement, which does not require ratification, such an agreement will be ineffective as "nobody will implement it."

Olga Murashko from the International Working Group for Indigenous Affairs (IWGIA) said the agenda of the Copenhagen talks includes the issue of negative impact of global warming on Northern indigenous peoples' traditional economy.

"Northern indigenous peoples, their traditional economy have suffered from climate change," she said. "The most dangerous thing for deer farming is ice-crusted ground. It has become common for some Northern areas, resulting in deaths of thousands of deer," she said.

The expert said Northern indigenous peoples, who had successfully adapted to periodic climate variations for centuries, now lost such an opportunity.

"We know from the history of archeology that during periods of warming indigenous peoples used to move from deer farming to sea hunting and inshore fishery," she said, adding oil and gas extraction, which is now held along the Arctic coastline, impede local inhabitants' traditional occupations.

Participants of the online conference also discussed the issue of rising global sea level and the coastal flooding threat.

"I consider the predictions about the 1.4-meter (4.6-feet) rise in [global] sea level by the end of the [21st] century quite truthful," Danilov-Danilyan said, adding other negative effects of climate change are also "enormous."

"That is why I consider expenses on fighting [climate] change proposed by even the boldest analysts insufficient if compared to possible damage from climate... change," he said.

Alexei Kokorin said even a one-meter rise in global sea level would be significant for many seaside localities and would cause frequent storms.

He also said global temperature increase of more than two degrees Celcius above pre-industrial levels would have catastrophic effects.

"Two degrees is a limit, after which water deficit grows dramatically," he said, adding "if the two-degree average global temperature increase means water deficit for half a billion people, the increase of 3.5 degrees would affect 3.5 billion people of those 9 billion expected to inhabit the Earth in the middle of the 21st century."