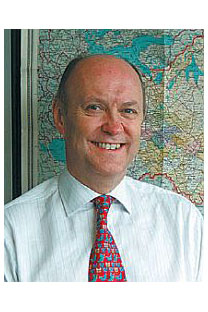 There won’t be many people in the world of business who will be sorry to see the back of 2009. From huge multi-nationals to the smallest of small and medium enterprises (SMEs), it’s been a year for serious economies and cut-backs. But it hasn’t all been doom and gloom – at least not in the sphere of Anglo-Russian relations.

Politically, of course, relations went into a deep freeze from about 2003. But there are genuine signs of green shoots appearing; and it’s the interface of politics and business where there are genuine reasons for optimism. The meeting of the Russo-British Intergovernmental Steering Committee (ISC) in London in November was a positive sign. But the most exciting thing about this is that it has given both sides a solid agenda for 2010, concentrating on six areas.

Financial services: Despite the recession, there is still talk in Moscow about making the Russian capital a global financial centre. It is going to take many years for Moscow to realise this, certainly to become a centre which could in any way rival London; so it makes sense from both sides for London to share its experience with Moscow.

Business climate: Problems already raised in this area concern the issuing of visas – there have been complaints in recent months on both sides – and the seemingly insurmountable problems of Russian bureaucracy which can delay contracts being signed or see goods stuck at border-crossing points. This is a topic where all businesses can justifiably call on their government to make real and rapid changes.

SMEs: The Russo-British Chamber of Commerce (RBCC) had special responsibility in the ISC for bringing to the table the concerns of SMEs. Although the chamber encompasses companies of all sizes and all sectors, the worries of SMEs are our daily bread. Problems we were able to raise before the committee included professional firms in Russia behaving in an unethical way, by ignoring what are considered as sound business practices the world over; and a failure in Russia to observe intellectual property rights. (For example, a UK company signed a deal with a Russian company to produce a quantity of autoparts. The Russian manufacturer produced four times the agreed number, then sold the surplus on the black market, thus not only violating the deal, but pulling the rug out from under the genuine product.)

Continuing the theme of excessive bureaucracy, one of our member companies reported that their five UK offices, employing 150 staff, can be serviced by three accountants. Meanwhile, their single Moscow office, with 35 staff, needs two accountants to keep their heads above the waters of Russian bureaucracy.

Complaints were not only about Russian practices. British banks can still be very wary of Russian clients, even when they are introduced to them by reputable UK firms. Russian business has moved on a long way since the days of crony capitalism of the Nineties.

Energy efficiency: Clearly, the Climate Change Conference in Copenhagen in December has focused many minds around the world on energy problems. So perhaps it follows on naturally that such a subject should be on the agenda for the ISC.

Olympic legacy: Rather than each side limiting itself to the Summer Olympics in London in 2012, and the Winter Olympics in Sochi in 2014, there is a genuine willingness to see these events as great opportunities for regeneration; of run-down parts of east London and of Sochi – which has the potential to be both a summer and winter resort of world standing. If our two countries consider the opportunities presented by the Olympics as springboards for the future, the legacy will go way beyond the games themselves.

Hi-tech/nanotechnology: This is potentially the most far-reaching of all the topics. Russia has certainly grasped the importance of nanotechnology in the future. In 2008, they created the State Corporation for Nanotechnology, Rusnano. The corporation has a sizeable budget, and has been entrusted to one of the giants of Russian political and business life in the last two decades, Anatoly Chubais.

The seriousness with which the Russian side is taking nanotechnology was illustrated by the five-day visit to the UK at the start of December by Mr Chubais and his delegation. Among his appointments, Mr Chubais addressed a large audience of RBCC members, who were left in no doubt as to the scope of the work and the Russians’ desire to be among the world leaders in the field.

So, there is a clear Russo-British agenda for 2010. It is now up to both countries, and both communities – the political and the business – to ensure that this agenda produces concrete results. It’s far too easy to be cynical, to say simply that nothing will change. If you take that attitude, it won’t. But if you engage in the process, kicking the doors which resolutely refuse to open and also gently pushing open those that open easily, change can happen.