The new year with a new union 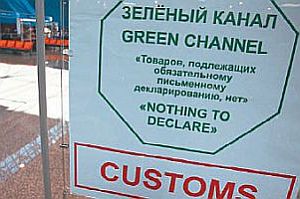 The presidents of Russia, Belarus and Kazakhstan, at a recent meeting near Almaty, agreed to create a single economic space by January 1, 2012. All documents on the creation of the customs union comprising these states, from January 1, 2010, were signed in Minsk on November 27.

It is estimated that, after the establishment of the customs union, combined GDP will increase by 15pc; specifically for Russia this will mean an additional $400bn. However, experts doubt that the introduction of a unified customs tariff will affect the lives of ordinary citizens. “Currently, we are hearing differing estimates, but one thing is clear: the creation of the customs union is beneficial to Russia not so much as an economic, but as a political project...” said Aleksey Vlasov, general director of the Information and Analytical Centre at Moscow State University. “Politically, this is a powerful move. Russia has become the centre of the integration process in the post-Soviet space and managed to fully utilise the customs union as a PR-project.”