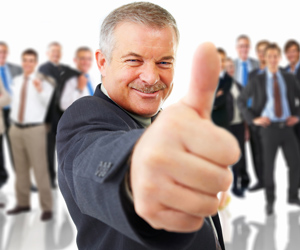 Seventy-two percent of Russians report that they are happy

“Are you happy?” That simple question usually stumps a person. How can you talk about happiness when you’re stuck in horrendous traffic every day on your way to work or struggle home from the food store overloaded with heavy bags? At first glance everyday life and happiness do not seem especially compatible. Consequently it isn’t the custom to ask the happiness question in polite society, except in moments of great closeness.

Sociologists are another matter. Given the requirements of their profession, they may ignore the conventions and have the right to ask us any question they like. In November 2009, the All-Russian Center for the Study of Public Opinion decided to ask Russians how happy they are. The center’s timing was not the best. November is, as a rule, one of the gloomiest months in Russia. And this last November there was no sun for 20 days straight. Add to that the as-yet-unresolved problems created by the financial crisis: the enduring threat of unemployment and pay cuts. Nevertheless respondents did not let the center down: 72% said that, on the whole, they were happy. Of course, that’s 5% less than in the summer of 2008, but still an impressive statistic.

Meanwhile, the British concern Legatum asked which country is the happiest in the world. According to its results, first place went to Finland, last to Zimbabwe. Russia was number 69 out of 104. Legatum’s recipe for happiness consists of 79 ingredients, including material prosperity of residents, quality of medical care, education, safety, development of democratic institutions. From Legatum’s point of view, Russia is a deeply unhappy country. Fortunately, most Russians are unaware of this — or at least the abovementioned 72%.

Such discrepancies in evaluations of a situation “from within” and “from without” are no rarity. Sometimes you look at a man and can’t help envying him. Some people have all the luck, you say to yourself: a country house, a beautiful wife, and work in a prestigious firm. Yet at that very moment that man may be debating whether to hang himself. The famous Russian satirists Ilf and Petrov expressed this discrepancy in evaluations in a single phrase: “A radio we have, but no happiness”. (This phrase was coined in the period when radios were being handed out to most every Soviet citizen). Instead of the radio, one can easily substitute any material expression of happiness: a food mill, automobile, country house, etc.

The Western approach to happiness is often fairly practical. You can break it down into component parts, weigh it, count it and, above all, provide the address of the nearest store where all these parts can be bought. Russia, a country that is split geographically and spiritually between East and West, has its own answer to this approach: the Russian saying, “Money can’t buy happiness”.

But if money isn’t everything, then what is? In an effort to find out, correspondents from the Russian news agency Interfax asked random people on the street.

They obtained a very interesting picture. For one person, happiness is a family and work. Viktor said: “I’m still working and I’m 70 years old. What? I don’t look 70. How old would you say I look? Fifty-five? That’s why I’m happy.” Alexander, 48: “I didn’t care about work in the old days because in Soviet times everyone worked. Now I have my own construction business and it’s very interesting.”

Other respondents said that for them happiness means being useful. Ludmila, a pediatrician, 58: “I thought I’d retire and start going to the theater. But now I jump out of bed and run to work. I always try to do some small amount of good, say a good word to someone. And people always do nice things back. That’s happiness.”

Still others, mainly young people, said that for them happiness is money and the freedom that it gives you. But for most of them happiness is not tied to material things. Marina, 25: “I’m happy because I’m alive. I’m glad that I got sick and then recovered and I’m glad about other simple things.” Artyom, 42: “I’m a very happy person because I’m alive and healthy. I think that life is beautiful despite the difficulties we encounter every day.” Dmitry, 27: “Yes, I’m happy and I love life. It’s not just the little things. Even failures can sometimes make a person happy.”

Dostoevsky once said: “For happiness a man needs as much happiness as unhappiness.” One gets the impression that most Russians always have this ratio in mind and try to be philosophical about life’s difficulties. That may be why 61% of the respondents in the November 2009 poll said that they had already adjusted to the crisis. Another 17% said that they expected to adjust in the near future. Overall, they have as much happiness as unhappiness. No more. And no less.