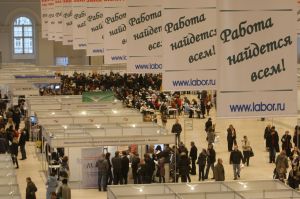 The current crisis has crushed dreams across the region and brought an abrupt end to almost five years of continuous boom. Just how miserable all the countries in the region are can be measured by a "misery index" - an unscientific index that is the result of adding together a country's unemployment level with its inflation rate. The most miserable countries are those with the most people out of work who have to suffer fast rising prices.

A ranking of countries in Central, Eastern and Southeastern Europe contains a few surprises. By far the most miserable country in the region is Bosnia-Herzegovina, which will have a modest inflation rate of 0.2% by the end of the year, estimates the World Bank, but suffers from a massive 42% unemployment rate. Serbia and Ukraine are also pretty down in the dumps, both with misery rates of 27 where inflation is higher in Ukraine and unemployment is higher in Serbia.

All these countries have been whalloped by the crisis, but the surprise in the list is Turkey, which is the fourth most miserable country in the region with an index of 20.8, despite the country emerging from the crisis as one of the star survivors; inflation is expected to be a reasonably modest 6%, but where it falls down is in the 14.8% unemployment rate. "While inflation does not seem to be a big problem for the foreseeable future, the high level of unemployment rate will definitely create structural problems in Turkey," say analysts at BGC Partners in Istanbul.

And Turkey's situation has gotten worse over the year, as it was sixth from bottom in August.

Russia is only slightly behind Turkey with 20.6, but the bad tempered old bear's mood is improving rapidly. While Russia will probably report around 10% inflation at the end of this year (less than the World Bank's estimate), the rate has actually fallen to around zero for the last two months of the year and is expected to be in the middle single digits for at least the first half of 2010. At the same time, unemployment was around 9% as of December, but could rise a few points next year. If the current month-on-month inflation numbers are used to calculate its misery index, then Russia would be one of the happiest countries in the region and as happy as the UK and US, which also have misery indices of around 9-10.

Also near the bottom of the misery list are the Baltic states of Lithuania and Latvia with indices of about 20 - no surprise there - but plucky little Estonia is well out in front with an index of 13, putting it amongst the most cheerful countries in the region.

Also surprising is the fact that Romania, which has been wracked first by economic and now political turmoil, is amongst the least unhappy, accompanied by Bulgaria, which has not had an easy time during this crisis, on the economic front at least.

But the leaders in the region are the Czech Republic and the enduring star of the whole transition process Slovenia, which has lived a charmed life throughout the whole change over from socialism to capitalism.

Does all this mean anything? According to Ozgur Altug of BGC partners, equity investors should pay close attention to the misery index, as the Turkish equity market at least has been tracking the inverse of the index over the last two years with a correlation of -0.60 rising to -0.90 in the last two years.

So don't worry, be happy (and buy Slovenia, Czech, Romanian and Russia shares...)