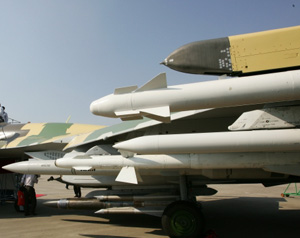 Only recently there was a sense that the arms control system created in the post-war decades was moribund. The nuclear non-proliferation treaty (NPT) was splitting at the seams after India, Pakistan and Israel effectively became nuclear powers, North Korea dropped out of the treaty and Iran embarked on a large-scale nuclear programme. The neoconservatives who called the shots in the US foreign policy establishment and the administration of George W. Bush believed that any treaties limiting the number of types of weapons manufactured merely set unnecessary artificial obstacles in the way of unchallenged US dominance.

In 2001 Washington announced its unilateral withdrawal from the Antiballistic Missile Treaty (ABM) and embarked on the creation of a large-scale global missile defense that included components in Poland and the Czech Republic. The US Senate refused to ratify the Comprehensive Nuclear Test Ban Treaty (CTBT), as a result of which it never came into force. The treaty on conventional forces in Europe (CFE) has been ratified only by four countries – all CIS members – and not a single Western country. Consequently, Russia eventually decided to suspend participation in the treaty. Moscow declared at the top level that we may withdraw from the medium and shorter range missile treaty (INF) signed with the Americans in 1987.

The previous Republican Administration in the US exhibited no intention of working on a new strategic offensive weapons treaty (START) to replace START 1 that was to expire on December 5, 2009. Yes, the Treaty, signed by Mikhail Gorbachev and Bush Sr, is obsolete in many ways and the number of weapons deployed in the two countries today is well below the quantitative ceilings established by START 1. Yet that treaty remained the only one containing detailed verification measures in this delicate sphere. The Obama Administration said it intended to preserve arms control as a phenomenon and the past months have seen intensive negotiations on a new START treaty in Geneva. The American President, in the wake of a surprise award of the Nobel Prize, felt that he wanted to sign it if not before 5 December, then before 10 December in order to have something to show for himself in his acceptance speech in Oslo. This was not to be as the negotiations dragged on. But the important thing is not the timing, but the very fact. Once the Treaty is ready for signing, it will merit the status of a historic event.

The negotiations in Geneva proceeded in total secrecy, but the differences between the parties were an open secret. Russia insisted on a cut in the number of carriers, intercontinental ballistic missiles (ICBMs), submarine launched ballistic missiles (SLBMs) and strategic bombers to 500, while the American side would settle only for 1,100. Reportedly a compromise variant was in the neighbourhood of 700-800. The traditional problem of the “recommissioning potential” arose: the US proposed allowing the use of the carriers being reduced for non-nuclear warheads and stockpiling rather than destroying the warheads taken off operational duty. The problem of verification was a major stumbling block: the Americans insisted on special mobile ICBM verification measures because they do not have them, a condition that is highly unfavourable for us; Russia believed that the verification procedure for them should be no different from that for SLBMs and strategic bombers, equally mobile weapon systems on which the US has a clear edge. The new treaty was being agreed in the absence of the ABM Treaty and therefore had to take into account the unquestionable interconnection between offensive and defensive systems. These are extremely complicated issues and we should all congratulate ourselves for finding mutually acceptable compromises. I am sure that critics of the treaty will come forward from both sides. But the most important thing is that arms control is not dead and is in fact getting a second chance.

President Obama has already indicated that he will seek Senate ratification of the CTBT. Success cannot be guaranteed, considering the Republican opposition. However, without it a nuclear test ban will never materialise. Under the terms of the treaty, which more than 180 countries have already signed, the treaty will come into force after being ratified by 44 of the named states, and that target is a long way off. The US has not ratified it, China, Indonesia and India (and consequently Pakistan) would never ratify the treaty. Even less Iran, North Korea and Israel. The American example will be decisive.

The INF remains in force, Russia is not withdrawing from it. True, there is a touch of paradox about the resulting situation: we and the Americans are the only major powers that do not have medium and shorter range missiles. Others have them in abundance and they are not in a hurry to join the treaty. The CFE situation is at a dead end and we see no sign that our Western partners are ready to resume substantive discussions of the conventional forces limitation in Europe. Yet it is a pressing need.

It is impossible to reanimate the accords on antimissile defense as the deployment of elements of missile defense in Eastern Europe, though put on hold from the initially planned shape, will not be abandoned and will continue in a new configuration. The good news is that all the great powers are interested in strengthening the NPT and are working vigorously to keep Iran from quitting and to bring North Korea back into it.

In the sphere of arms control there are still more problems than achievements. Even so, while a year ago arms control was more dead than alive, today it is more alive than dead.