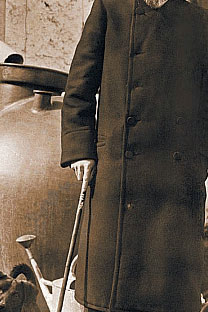 Of all great Russian writers, perhaps Chekhov is best loved. Unlike Tolstoy and Dostoevsky, he did not attempt to solve problems of existence or grapple with world history, nor did he have an axe to grind about how to live. As Dr Zhivago says in Pasternak’s novel, Chekhov was far too modest for such weighty matters. He was content to remain an artist and focus on individual issues, many of which are now of wider concern. To borrow Pasternak’s image, they continue to acquire sweetness like ripening apples. The universal appeal of Chekhov’s work has increased – he is now the second most-performed playwright after Shakespeare and writers of short fi ction regard him as their guiding light.

Chekhov’s popularity also stems from a lack of pretention. As the son of a shopkeeper, he never planned to become a famous writer: he set his sights on a medical career. But comic talent enabled him to earn money for his impoverished family. As he was invited to more prestigious publications his literary “mistress” began taking over from his medical “wife,” but he never forgot he had entered through the back door.

The practical objectivity he acquired from medicine, meanwhile, became the cornerstone of a pared-down literary style notable for simple vocabulary and a complete lack of artifi ce. “Medical science has had a strong infl uence on my literary activities,” he acknowledged towards the end of his life; “it signifi cantly enlarged the scope of my observations.” The combination of carefully-shaped stories with tragicomic, sympathetic characters partly explains his continuing hold on us.

Chekhov’s understated works continue to enjoy worldwide appeal because of the universality of their subject matter. Chekhov was Russian through and through, but the problems of human interaction he explores transcend national boundaries.

He wrote stories and plays about characters people can relate to. They are not largerthan-life personalities confronting extreme situations, but ordinary people with ordinary problems. As Chekhov reminds us, self-deception is far more frequently encountered in our lives than fulfi llment of our dreams. “My goal is to kill two birds with one stone,” he wrote in 1889; “to paint life in its true aspects, to show how far this falls short of the ideal life. Ideal life is unknown to all of us.” Chekhov saw clearly what prevents people from finding happiness, but had a unique talent for articulating it in a gentle, compassionate way. He gained understanding by coming into contact with a wide cross-section of people – as a doctor and a writer – and partly due to having to confront mortality at a young age. He could not hide the truth when he started spitting blood at 24; it was unlikely he would reach old age. But his infectious sense of humour and unerring sense of irony prevented his writing from ever becoming too sentimental, despite its note of elegy. The dramas which unfold in his stories and plays, with their muted climaxes, are rarely melodramas, and have the deceptive feel of real life.

In his exquisitely subtle handling of the absurdity and tragedy of human existence, Chekhov was way ahead of his time. His contemporaries were bewildered by apparently plotless stories and plays with inconclusive endings.

Nothing seemed clear-cut, but it was this ambiguity which most excited writers who recognized his mastery when English translations appeared. “Chekhov is not heroic, he is aware that modern life is full of nondescript melancholy, of discomfort, of queer relationships which beget emotions that are half-ludicrous and yet painful, and that an inconclusive ending for these impulses is much more usual than anything extreme” – this was Virginia Woolf writing in 1918, but it could have been the early 21st century. Chekhov’s pathos and irony resonate with our lives today. Have we finally caught up with him?

Rosamund Bartlett is a renowned Chekhov scholar and translator.