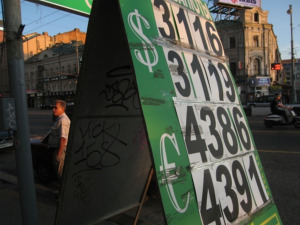 Early this year, the Russian government plans to set up the Export Credit and Investment Insurance Agency in order to support export activity. As part of the agency’s creation, new rules will go into effect governing the import of goods by individuals within the customs union that includes Russia, Belarus and Kazakhstan.

The statement announcing the changes was made by Andrei Slepnev, Deputy Minister of Economic Development. It is not yet clear, though, how the new rules will affect individuals bringing in goods from abroad. Slepnev says that the ministry will be ready with its proposals by May, and the new rules as well as the unified Customs Code will enter into force on July 1.

He acknowledges that a fairly wide gap still exists between the three countries in terms of car import duties. As for other products, Russia’s rules seems to be on par with Belarus, but Kazakhstan’s rules are more lax. A single person, for instance, can import up to 200 kilograms of goods into Russia compared with two tons in Kazakhstan. But Kazakhstan’s partners are unlikely to unwind their regulations based on the example of their more indulgent neighbor. "We will rely on common sense to make the appropriate decision," says Slepnev, making assurances that nobody wants to add problems on top of the challenging customs project. He explains that by the time the Customs Code is operational, Russia, Belarus and Kazakhstan will have signed a special agreement that will harmonize import rules for individuals.

The Russian government will appropriate 30 billion rubles (around $1 billion) for the export agency’s initial capital. The agency will be established as a 100 percent subsidiary of state-controlled Vneshekonombank. The need to create such a body has been debated for nearly 15 years. Its job will be to provide coverage to exporters and their lenders in order to stimulate Russian exports. The deputy minister hopes that the first contracts will be completed already in 2010, but admits that the process required to establish a new agency is a long and complex one.

Meanwhile, Russia, Belarus and Kazakhstan will be working towards creating a common economic zone. This task has been given to a new government commission for economic development and integration. Before the end of 2012, Russia and its partners should sign a series of agreements for coordinating macroeconomic, competition and migration policies, terms of access to the services market, of capital flows, and basic technical regulations. These are ambitious plans, but according to Slepnev the main proposal will be drafted this year.

Another important aspect is WTO negotiations, which the deputy minister hopes will resume in January. According to Slepnev, there are two main sets of issue involved: Russian accession to the WTO and matters related to the Customs Union. Formally, each country will join WTO independently, but there are requirements that overlap with the Customs Union framework and have to be harmonized, explains Slepnev. On major systemic issues, each Union state will speak individually with members of the world trade club, yet keep in mind the objective of creating a common economic zone and associated issues such as access to the services market and agricultural subsidies. The Russian Ministry of Economic Development has also initiated the process to join the Organization for Economic Cooperation and Development (OECD). As the OECD accession rules stipulate WTO membership as a prerequisite, it has been agreed that Russia will negotiate with OECD and WTO concurrently.

In the first quarter of 2010, the Russian government may revise the crisis-driven import duties that were imposed to protect Russian manufacturers and promote import replacement. If these policies are changed, standard rates will be reinstated in a move to relax the protectionist regime. In anticipation of this, the ministry has been analyzing the impact of the crisis-mitigation measures and performance of specific industries. Slepnev, however, refrained from any comments regarding possible decisions.