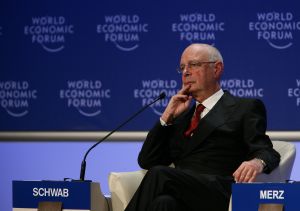 The agenda of the 40th World Economic Forum in Davos bristles with words like “rethink” “reshape” and “rebuild.” According to the agenda, the forum’s 2,500 participants are going to grapple with every conceivable problem: Energy security and the human consumption model, financial risks and philanthropy, a new look at Alzheimer’s and lessons from Shakespeare’s heritage. In short, it will encompass a global restructuring.

The keynote speech will be delivered by French President Nicolas Sarkozy, even though more than half of the forum’s participants are businessmen. In his speech on Wednesday, he exposed the abuses of capitalism and call for tougher financial regulation. The tone was set a year ago when the participants were full of criticism for themselves, apologizing for being greedy and neglecting the puritan ethic. Now everybody wants to know what will happen when the global economy emerges from the crisis.

“We tend to look at stock exchanges, at the moderate economic growth rate and conclude that everything is back to normal. But let us not forget that the world has changed fundamentally,” the founder of the forum, Klaus Schwab, told a press conference a week ago.

According to the latest World Bank forecast, the world economy, after contracting by 2.2 percent in 2009, will grow by 2.7 percent this year. Nuriel Rubini, who predicted the global crisis, will be expected to answer the question of what exactly is normal economic growth after the crisis. The financial risks will be reassessed by Barclays’ President Bob Diamond. Barclays is the British bank that weathered the crisis best. Prominent economist Kenneth Rogoff will have an argument with deputy president of China’s Central Bank, Zhu Min, as to when and from what direction a new crisis can be expected to strike in a debate on CNBC. However, the representatives from China, which is wrestling with the threat of economic overheating, will not attend the “Trouble with the Bubble” session devoted to the low interest rates from leading central banks and the role of the dollar in carry trade operations. George Soros and Joseph Schtiglitz, both fierce opponents of the idea that markets can effectively self-regulate, will try to restore the authority of economics as a science.

However, this year’s Davos Forum will not confine itself to discussing money. One of the subjects will be the digital technologies that are transforming modern art and culture. Another will be the main idea of the film “Avatar,” to be discussed with director James Cameron. And discussion of life on other planets will not be confined to cinema. In 2009, astronomers confirmed the discovery of an Earth-type planet outside the solar system and US scientists will try to predict how this and other astronomical discoveries may change life here on Earth.

“Our aim is better understanding of the possible paths of world development. It is a complex, multi-layered problem and we are bringing together representatives from business, government and civil society to tackle it,” says Kai Bucher, a representative of the Forum.

Russia overlooked
Unlike in 2009, Russia will not be among the main topics. Last year Prime Minister Vladimir Putin opened the Davos Forum, and the session “The World as Russia Sees It” discussed the country’s newly active role in international affairs. The agenda of this year’s forum makes no mention of the BRIC countries, although the three other countries that make up that group (Brazil, India and China) will get a lot of the limelight in Davos.
China is one of the most popular topics this year. Two sessions will be devoted to its role as the main creditor of the US and its growing role in the world economy. China is also the main subject of discussion during regional debates about the rise of Asia. The head of the Chinese delegation, Vice Premier Li Kequiang, will deliver a special message. He is tipped by experts to be the successor to Wen Jiabao as the Premier of the State Council of the People’s Republic of China.

Brazil also commands a lot of interest. President Luiz Inacio Lula da Silva will be named “world politician of the year.” Brazil will be discussed as a country that is set to be the fifth largest in terms of GDP by 2020, and it will also be highlighted at the Latin American session. Although India’s leaders will not be present in Davos, the country will also get a large share of attention due to its domestic policy and the global ambitions of “the world’s most populous democracy.”

“The fact that Russia will not be among the forum’s separate topics may be attributed to the fact that its economy slumped by about 7 percent more than any other developing country. It is great economic success stories that attract interest today,” said Anton Struchenevsky, senior economist with investment bank Troika-Dialog. Russia will try to give up its growth model based on rising oil prices, the inflow of cheap capital and steady increase in government spending and is looking more to its internal resources, by increasing domestic lending, for example.

“In this context, the country’s development will be much more reasonable and balanced. This is the trump card that may be used in 2011. If Russia musters a growth rate higher than the world average, it will become an interesting topic again,” Struchenevsky added. He predicts that in 2010 Russia’s GDP may grow by 5 percent with inflation at 5-6 percent.

Members of the forum, however, claim that Russia’s role and its profile at Davos have not diminished.

“Russia is one of the key participants. It is treated in the same way as China and other BRIC countries. In Davos, we are trying to look at problems from the global and not national perspective. That is why we do not have separate topics devoted to Germany and many other countries whose importance is obvious,” said the forum’s senior media manager, Matthias Lufkens.

The Russian participants at the Davos Forum also do not believe that the absence of their country among the declared topics means there is no interest in it.

“The fact that no session will be devoted exclusively to Russia is no big deal. Simply, the format is different. Nobody will forget Russia,” said Ruben Vardanyan, chairman of Troika-Dialog’s board of directors.

Judging from the programe, Russia will provide only five speakers: Alexei Reznikovich, Chairman of the Board of Directors of Vimpelcom (rethink innovation by transnational corporations from developing countries), Basic Element head Oleg Deripaska (how to manage nuclear energy development), Ruben Vardanyan, chairman of the Board of Directors of Troika-Dialog (restoring confidence in businessmen), Alexei Kudrin (new growth narrative), Andrei Kostin, Chairman of the Board of VTB (long-term consequences of government support of the economy) and Lilia Shevtsova, senior researcher with the Carnegie Moscow Centre (security, human capital).

The price of a ticket to the Forum
About 1,000 companies with an annual turnover of $5 billion are members of the World Economic Forum. They pay annual dues of 42,500 Swiss francs ($40,900) to be able to send one person each to the annual meeting. The World Forum also has 103 strategic partners who pay 500,000 francs ($480,000) a year and who can send four representatives. Among the Russian partners of the World Economic Forum are Basic Element, VTB, Vimpelcom, Troika-Dialog and Sberbank.